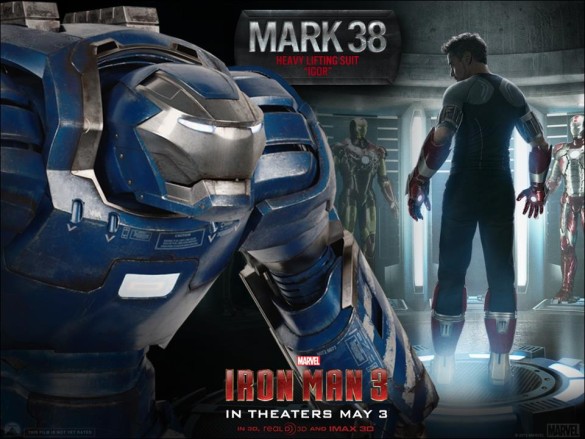 Marvel came out with big news yesterday as they announced they are releasing two versions of Iron Man 3, including a Chinese version. Both versions are set to be released on May 3, 2013. The movie will be distributed by Walt Disney Studios Motion Pictures everywhere worldwide except for China. In China the film will be distributed by the Chinese distributor DMG Entertainment. I imagine the films will be a little bit different as we know DMG collaborated with Marvel Studios on the Chinese elements of the movie. It’ll be interesting to see how different it is.

Marvel Studios and DMG announced that a Chinese version of Iron Man 3 will be released in China on a date to be announced in the near future. DMG, a Chinese media and entertainment company, collaborated with Marvel Studios on the Chinese elements in the film, and is marketing and distributing the film in China. While Marvel and DMG have decided not to apply for co-production status in China, the film includes significant Chinese elements. Renowned Chinese actor Wang Xueqi will appear in both the studio’s Chinese version of the film and in its international and domestic US version. Both versions of the film include Iron Man 3 footage filmed in Beijing in December. The Chinese version of the film will also feature a special appearance of China’s top actress, Fan Bingbing, and will offer specially prepared bonus footage made exclusively for the Chinese audience. Marvel Studios’ experience working on this film with Fan Bingbing and Wang Xueqi and in shooting in China has been very positive and has created a springboard for future collaboration with China’s talented stars and its growing film and television industry. The Iron Man cast and filmmakers look forward to bringing Iron Man back to China.