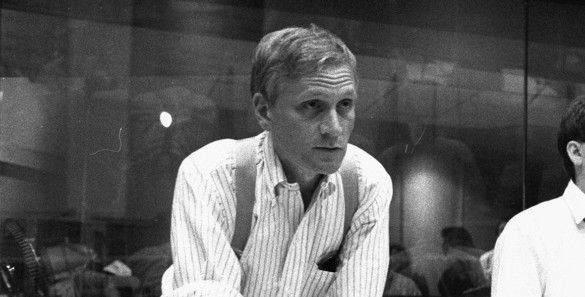 With his recent Oscar nomination for Best Actor, Chadwick Boseman becomes the latest to receive posthumous recognition and could be on his way to winning. If he wins, Boseman would be the third acting winner after Peter Finch and Heath Ledger to win and the latest posthumous nomination since August Wilson, who was nominated back for adapting his own play Fences. The most recent posthumous winner is Gil Friesen, producer of Best Documentary Feature 20 Feet From Stardom. If Boseman does win, he will be among the list of recognizable names who have taken Oscar glory, unfortunately, after they have died. Note: this will be constrained to non-acting winners. 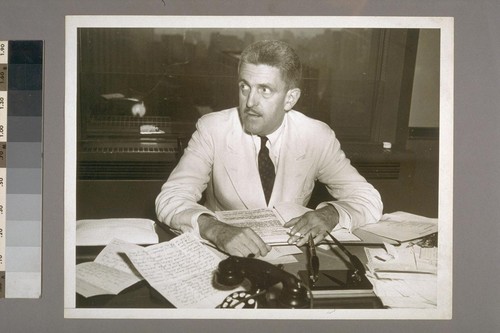 The first Oscar winner to have died prior to winning was screenwriter Howard, only forty-eight years of age when he was killed in a farming accident on August 23, 1939.  He was primarily known for his work on Broadway, writing or adapting more than seventy plays, and his 1925 novel They Knew What They Wanted, which earned him a Pulitzer Prize. Howard was hired by MGM in the 1930s and his adaptations for Arrowsmith (based on the novel by Sinclair Lewis) and Dodsmith (based on his own play) garnered him two Academy Award nominations. Even though he wasn’t the only writer to work on Gone With The Wind, he was the only writer credited for writing the screenplay, thus granting him the posthumous victory on Oscar night months after his tragic death.

The art director won two Academy Awards, but never saw his wins alive, having died on March 2, 1959, aged 54. Joining MGM in 1931, Horning would begin his career working with Cedric Gibbons, who would design the very iconic Oscar statuette he would get. Horning’s first nominations included the biopic Conquest, the musical The Wizard Of Oz, and the epic historical drama Quo Vadis. It was in the last years of his career (and life) did Horning hit his peak as the lead art designer with his work in Les Girls, Raintree Country, and, one week prior to his death, Gigi, for which he’d win the first of his two of Oscars. A double nominee a year later, he’d win for Ben-Hur while getting his other nod for North By Northwest, making him the only posthumous winner in consecutive ceremonies. Speaking of Ben-Hur (and Quo Vadis for that matter), the film had two posthumous winners with Zimbalist dying of a heart attack during the production of the Ben-Hur, making him the only posthumous Best Picture winner, with his widow accepting in his honor. He started his career as an editor in multiple Hollywood films in the 1920s before being hired by MGM’s Hunt Stromberg as an associate producer. Zimbalist would have a solid career with works including Thirty Seconds Over Tokyo, Adventure, King Solomon’s Mines, Mogambo, and the aforementioned Quo Vadis? Because of the high stress of the lengthy, expensive production of Ben-Hur, people felt that it was the film that killed Zimbalist, aged 57.

Their victorious work for Best Original Score was rewarded in 1973, but Limelight was originally produced in 1952. Their collaborator in Charlie Chaplin, however, left the United States for good and the film, which was boycotted by major theatres due to Chaplin’s alleged communist sympathies. (This was another Cold War casualty.) Therefore, it was not shown in Los Angeles until twenty years later. The rules have altered since, but at the time, it still made Limelight eligible. By then, Chaplin had returned with much fanfare, but it was no justice for Rasch (died in 1964) and Russell (died in 1954), both of whom passed at young ages.

At the end of Beauty And The Beast, you will notice the tribute: “To our friend Howard, who gave a mermaid her voice and a beast his soul, we will be forever grateful. Howard Ashman 1950–1991.” In a short period, Ashman left a major legacy with Disney, as well as a large void. After moderate success on Broadway with Little Shop of Horrors, Ashman was hired by Disney to work on Oliver & Company and was partnered with Alan Menken for The Little Mermaid, starting a magical collaboration with Menken that included being a creative influence on voice actors with strong singing parts and storylines which matched the songs.

He won his first Oscar for Best Original Song with Menken for “Under The Sea,” and then privately revealed he was dying of AIDS. Even in the poorest of health, Ashman would complete work for Beast, as well as some songs for Aladdin, which he pitched to Disney. Howard Ashman died on March 14, 1991, aged just 40. Upon winning his second Oscar, it was accepted by his partner, Bill Lauch, who remarked that Ashman was the first Oscar winner to have been afflicted with HIV/AIDS. Even after his death, the Disney Renaissance continued to flourish, having started with Ashman’s creative genius on the lyrical front.