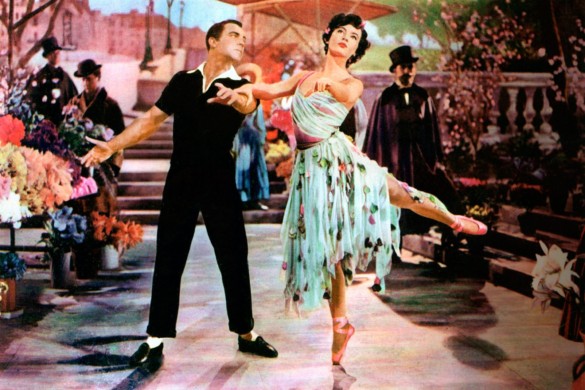 Most people don’t watch musicals for the moments in between the song and dance numbers. They want a loose plot and occasional dialogue scenes that will provide a solid framework for catchy tunes, impeccable choreography, and slick, flashy camerawork that will immerse them in the fantasy of being able to randomly break out into song. The songs actually manage to drive the plot forward and cover significant themes when they have been successfully incorporated into a story. It shouldn’t feel like the plot is being interrupted when everybody starts singing, and the songs shouldn’t just repeat the message that has already been conveyed by dialogue. The dialogue scenes should be full of snappy, irreverent lines that make you laugh, as well as providing some breathing room amidst all of the showstoppers.

Apparently, Alan Jay Lerner didn’t get the memo because most of the musicals that he worked on are bloated messes that don’t seem to have much of a point. It often feels like Lerner hurriedly wrote down a couple of his ideas and then submitted his ramblings as the finished version of the script. When I read that he did write this script in the twelve hours before his wedding day, it made sense. I could just imagine him quickly typing out vague outlines of the opening scenes and setting up a clear story arc, before taking a quick break and proceeding to lose track of where the plot had been going. The story ends up veering all over the place, the female lead’s motivations and feelings are never considered and characters and plot lines are randomly dropped in the second act. All of this could have been polished and streamlined if anybody had been there to rein Lerner in. Of course, this was made in Hollywood in the 1950s and they didn’t particularly care about the quality of the products they were selling to the masses. This project reeks of bland commercialism and displays little of the artistry and ambition that makes Singin’ in the Rain (1952) an enduring classic.

The plot here is far less sturdy than that which allowed Stanley Donen to explore Hollywood’s difficult transition into making sound films and the pains of losing your identity whilst gaining stardom. Lerner decided to tell a story about star-crossed lovers who are separated because she is already involved with another man. He centers painter Jerry Mulligan (Gene Kelly), a goofy American who enjoys living in Paris and hanging out with his eclectic group of friends. He is a layabout who is content to earn very little money and subside on the financial support of wealthy patrons. He finds himself gaining a new lease on life when he encounters Lise Bouvier (Leslie Caron), an impudent French girl, and immediately finds himself smitten with her. She slowly finds herself returning his affections and is upset by the knowledge that she can never truly be with him. Her romantic involvement with Henri Baurel (Georges Guétary) ensures that she and Mulligan can’t simply run off together. For the first time in his life, Mulligan must deal with real disappointment and loss. 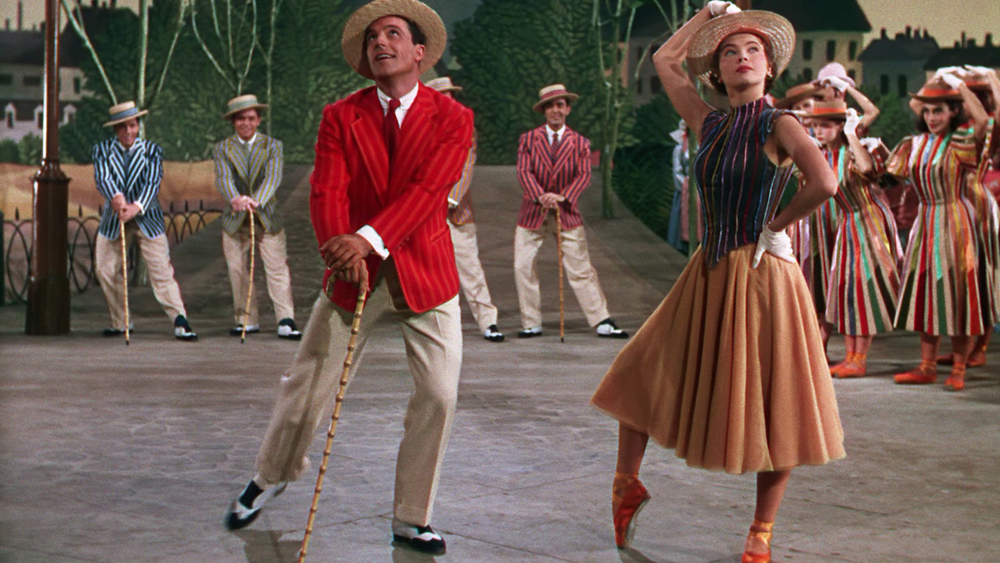 With that fairly simple plot, Lerner gave himself the perfect opportunity to tell the story of a man trying to turn into a more mature, ambitious version of himself. In order to be with Bouvier, he has to hold down a real job and learn how to be a one woman man for the first time in his life. Lerner seems to be going down this path during the first half of the film but then completely abandons any pretence of giving Mulligan a character arc. He is given everything that he has ever wanted at the end of the film and hasn’t had to make any sacrifices in order to receive any of it. He’s essentially inert and a bevy of random supporting characters are often asked to take center stage in scenes involving his character. Mulligan is woefully underdeveloped, but Bouvier is reduced down to being a pretty little ornament, who belongs to the men who date her. These two ‘characters’ are totally lacking in substance and it is impossible to root for them to fall in love when they seem incapable of experiencing real emotions. Lerner never makes the effort to go beneath the surface or introduce any depth to his writing. This is why it is a travesty that he won an Academy Award for spewing out this crap.

The writing is what really holds this back from being enjoyable, as it is impossible to ignore the fact that it is so shoddily put together. Vincente Minnelli’s direction doesn’t give it that extra spring in its step that might have made it easier to overlook all of the inconsistencies on display. He gets to have a ball with the final ballet scene but he doesn’t tap into any of the emotion that should be vibrantly pulsating off of the screen. It also seems as though he didn’t offer Caron, appearing in her first film, enough support. She is painfully amateurish and awkward on-screen. When she stands next to Kelly, a polished professional, she gapes at him and fires ill-timed glares at his face. With a bit more guidance, I have a feeling that Caron could have projected sensuality and grace, rather than gormlessness. Minnelli’s attention is mostly directed towards the grand sets, the choreography, and the bright colors that drench almost every frame. He loses track of some of the most important elements of the film, and he creates a piece of art that fails to connect with its audience.

It is fitting that Singin’ in the Rain has eclipsed this musical’s reputation and An American in Paris (1951) now lives in the shadow of its more famous follow-up. There isn’t a whole lot to recommend this one and it feels like a product of its time that represents some of the flaws of the studio system. The love story fails completely and I laughed when I realized that the film was on this prestigious list. Maybe some looked at this with rose-tinted glasses? Everybody is fond of Kelly and Minnelli’s stature as a director has only grown in the years since his retirement. We need to stop giving subpar films a pass because they were made by respected individuals. Free yourself from being disappointed by this overrated white elephant.