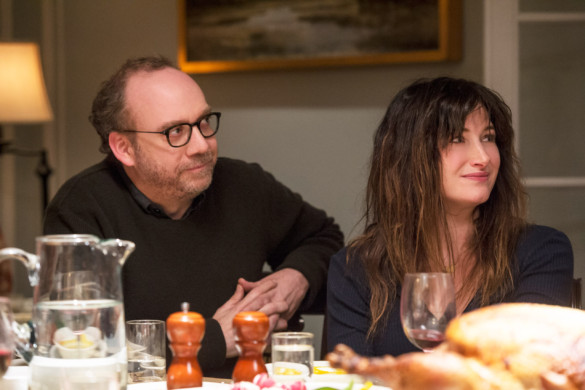 For the year 2021, I have set a goal to watch #52FilmsByWomen. I found 2020 to be an exceptionally incredible year for women filmmakers, amid the crazy global pandemic their films were often pushed to the front of the line without big theater blockbusters taking all the limelight. I will watch one film per week made by a woman, all films I have never seen before, both old and a few fairly recent releases sprinkled in, as well. I look forward to expanding my knowledge of women filmmakers and their work, and hopefully bring a new light and following to a severely under-appreciated part of cinema.

Yea–not to brag, but I’m at that age. You know, the age when you finally feel stable and successful in your career, established and grounded as a person, like you really know yourself. Oh no, I’m sorry, I am actually a 30-year old WOMAN, so I am at the age where people are expecting me to have children soon, regardless of anything else that is going on in my life. A lot of my friends are trying to get pregnant, or are already have their first or second child.  Cheers to them! I love babies and kids, but wow, I cannot imagine that in my personal life right now. Women deal with unrealistic expectations all the time. We spend so much of our lives making sure we don’t get pregnant until the time is “right” (is there ever a right time to bring a life into this insane world?) and even when the time is “right”, I have realized, it does not happen so effortlessly. I have friends who have had multiple miscarriages, stillbirths, who have struggled to get pregnant, who have spent thousands and thousands of dollars on IVF and other procedures to help them conceive a child. I’ve had friends who have had to come to the realization that they will never get pregnant. I’ve had friends consider adoption or visiting the sperm bank because they don’t have much “biological time” left. I have seen and heard it all, truly. I have held friends as they literally cry into my arms because they want a baby so, so bad. I just keep telling them: “it will happen,” because I truly believe in optimism and I deeply want a pregnancy to happen for them. But, at the same time I can’t help but wonder, to myself of course, “what if it doesn’t happen?”–for them, or me, or the random woman I pass in the grocery store. Then what?

In the year where many pregnancy, birthing, and abortion stories were told, Pieces of a Woman, Never Rarely Sometimes Always, and Unpregnant, to name my favorites, I decided to go back to 2018 to watch the Netflix original: Private Life. I found this film not because of any of the above reasons, but because of Kathryn Hahn. Twitter was buzzing about her because of the gem of a lady that she is, and I saw a tweet praising this film and discussing how underseen and underappreciated it was and still is; I looked it up, and when I saw that it was directed by Tamara Jenkins, I added it to my list in addition to her 2007 film, The Savages.

Private Life exceeded my expectations.  I was eager to see Hahn in a leading role and she absolutely smashes it. This is a film I will recommend to everyone for a long time. I loved this story, it’s characters, its delivery and its unwavering commitment to the theme. When you think you have the narrative figured out and where it’s going, Tamara Jenkins challenges your perceptions. The film opens and the audience is introduced to Rachel (Kathryn Hahn) and Richard (Paul Giamatii) directly in the thick of it. Not mid-intercourse, no, Richard is about to give Rachel a hormone injection to help their reproductive intentions. I appreciate the way Jenkins presents this opening scene, though. Rachel is almost sexualized until the reality of the needle stabs all of us into reality. We immediately understand they are struggling to conceive, and having sex sometimes just is not enough. The two travel to multiple doctors visits and sit in over crowded waiting rooms full of extremely exhausted people.  As the narrative continues, there is a special way that the representation of a ticking clock is embodied; a continuous tapping of a stained-glass ornament of a pregnant woman bangs against the window of the waiting room, reminding us over and over again how time is running out for them to get pregnant. The brutality of this process is so real and honest and Rachel and Richard’s reactions and emotions are relatable and true.

Then we are introduced to Sadie (Kayli Carter), Rachel and Richard’s free-spirited step-niece, we, of course, think have it figured out. Sadie is a struggling–she calls her sister and mom to tell them so. At first, I assumed Sadie might be pregnant. She will save the day and Rachel and Richard can adopt her baby! No. That’s not it. And I am glad, because after I thought about it, that would be really awkward. Sadie could be their surrogate! No. That’s not it either. This is all speculation and an attempt to solve the narrative, I recognized this in myself, so I decided to sit back and just let it play out. Sadie decides to drop out of college and knows she can crash with her cool Aunt Rachel and fun Uncle Richard’s place in the city until she figures out her next steps.

At the same time all of this is happening with Sadie, and after much discourse with their current attempts, Rachel and Richard consider other avenues to have a child. Then their doctor makes a suggestion that changes everything. A third-party egg donation could be an option. Rachel could still carry and birth the baby–but it would just be someone else’s egg with Richard’s sperm. When they decide to ask Sadie if she would donate the egg for them, what happens is again, not at all what you think the story has led you to assume. Again, though, this is what makes this film so special. It is rooted in truth. Nothing is ever easy, and especially not fertility.

As we watch this couple center their entire relationship and existence around the premise of pregnancy, I laughed out loud, cried, and felt scared, let down, hurt, and then, by the end, I felt all warm and tingly inside. The chemistry of the entire cast is fun to witness, Molly Shannon and John Caroll Lynch play Sadie’s parents, and honestly have some of my favorite moments in the film. Jenkins’ direction will grip you from the beginning, throughout, and to the end. I cannot wait to continue to recommend this movie to everyone I know, childless or otherwise.