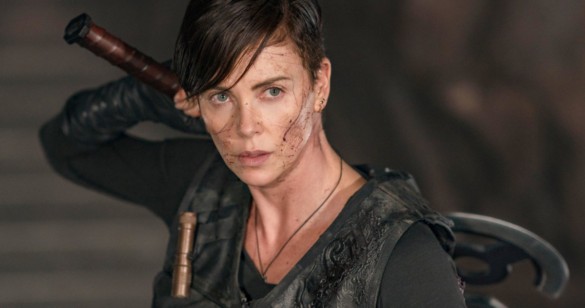 Synopsis: A covert team of immortal mercenaries are suddenly exposed and must now fight to keep their identity a secret just as an unexpected new member is discovered.

Gina Prince-Bythewood is back and in a big way with her latest directorial effort, The Old Guard, which hits Netflix this weekend (July 10). Best known for Beyond the Lights and Love & Basketball, The Old Guard is quite the change of pace for Prince-Bythewood. Leaving beyond romance and drama, she jumps head first into a genre exercise that’s full of mysticism, action and thought-provoking tension.

The Old Guard tells the story of a covert group of immortal mercenaries who become entangled in betrayal and corporate greed after a mission goes awry. Yes, you read that right, immortal mercenaries. Andy (Charlize Theron), along with her comrades Booker (Matthias Schoenaerts), Nicky (Luca Marinelli) and Joe (Marwan Kenzari), have been around for centuries. For reasons unknown, at various points in history, they garnered the power of immortality and have the ability to find each other through dreams. Soon after a mission early on the film goes sideways, they learn of a new immortal, Nile (KiKi Layne), a marine who was thought to be killed in Afghanistan. While Nile and the group get to know each other, a pharmaceutical company learns of the group’s existence and hunts them down in order to monetize whatever is keeping them alive.

The Old Guard is based on a series of graphic novels by Greg Rucka and Leandro Fernández, with Rucka also having a hand in the screenplay. The script here features plenty of lore and world building, which is admittedly quite fascinating, even if it does get bogged down in exposition at times. To be fair though, much of the film’s backstory carries thematic and emotional heft, keeping things from plodding and being mundane. The writing isn’t seamless, especially in its plotting and it fails to give its antagonist nuance, but in many ways the script is also the strength of the film. At least with how it builds its characters.

Andy is so old that she doesn’t even know how old she is. She can’t remember what her family looks like and grief has taken a stronghold on her due to past failures. Failures that are strikingly visceral when they are revealed to us. Similarly, Booker is wrestling with past regrets and how much he misses his family, which he loved deeply. Joe and Nicky on the other hand have each other. They’ve been around for a long time as well, and before being immortal, their countries were enemies. But as time passed, they looked to each other for redemption and hope. And as for Nile, well, all of this is still very new to her. She struggles to accept her new reality, and weighs whether or not to spend time with her family while she can, or does she use her gifts to do good in the world. What The Old Guard gets right, where many action films fail, is that it takes its time in building character and theme. We truly get to know each of our central heroes, what they struggle with, and how they’re coping in the modern world. The conflict in all of that is truly breathtaking.

Those nuances also work because of the performances in this film. Theron is fantastic as always, and she gives Andy a rugged exterior that matches her tired interior. Schoenaerts is also captivating as he taps into the deep poignancy of Booker and the weight he carries on his shoulders at all times. Same with Layne, who does a wonderful job portraying the tug of war that’s battling Nile. And not enough can be said about Marinelli and Kenzari, who are endlessly endearing and have a chemistry that is palpable. The way they depict action in their physicality, but love and empathy in their emotions, is nothing short of sublime.

The Old Guard may not always get it right, but its characterization is strong thanks to great performances and a script that takes time to focus on what’s beneath the surface. A few contrivances and a thin villain keeps it from being even better. But hey, I’ll take a film trying to be something more rather than relying on safe mediocrity any day.

Let’s talk about Gina Prince-Bythewood’s direction for a brief moment. At times, she does exhibit qualities of a first time helmer of action, which comes off as manufactured in a few places. But for the most part the film is well staged, well shot and the violence is guttural. In order for the film’s themes to hit home, we need to believe Andy’s elite abilities as a warrior, and it works in big part because of Prince-Bythewood’s direction. In particular, the scene where Nile is astonished at what Andy is capable of when she takes on a group of soldiers by herself. Watching that sequence unfold is riveting. What’s brilliant about the action here, though, is the film’s dualing perspectives on violence. On one hand, it isn’t always glorified as Nile watches on in horror in some scenes. On another hand, the film certainly has fun with how our central heroes use it to gain an advantage. It’s an approach that makes Prince-Bythewood’s vision even more textured.

All in all, The Old Guard is a gripping experience. It has its issues for sure, but it’s a film aiming to transcend convention and it mostly succeeds. Netflix has solid ground here for a series that could go on for at least a couple of more films. And I’m curious to see where they go with it.