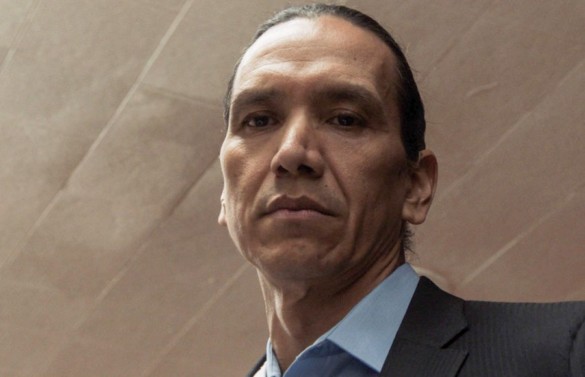 Synopsis: Trauma returns to the surface for Makwa, no matter how he tries to mask it and himself

In Lyle Mitchell Corbine, Jr’s Wild Indian, he takes aim at the complexity of a man haunted by the murder he committed over 30 years ago as he tries to escape his Native heritage. We first meet Makwa, a young boy egregiously beaten by his father and ignored by his mother. Makwa’s dislike for his family is rooted deep, not only in his constant abuse, but in the embarrassment he has for the Native people he is descended from. During that time, Makwa spends his afternoons with his cousin Ted-O. It becomes an outlet, an escape, from the violence at home. But soon enough, Makwa’s own need to harm rises to the surface as he shoots a classmate in the head. There’s no emotion, just a cover up, and the movie flash forwards to the present day.

Ted-O (Chaske Spencer) spends his adult years in and out of prison after his run as a heroin dealer. His recent release brings him back to his sister and 5-year-old nephew. I can only describe him as a loveable giant with immense love for his family. Makwa’s life, on the other hand, is extremely different. He goes by the name of Michael Peterson (Michael Greyeyes), as he spends his days in California as an upper level executive in a typical office building. Makwa’s immediate supervisor, a wiry man (Jesse Eisenberg), tells him that he “checks all the right boxes.” He is also offers a forceful elbow nudge to Michael by saying that a possible promotion will help the company in its goal of appearing more diverse. But Makwa’s aim is to have his ethnicity disappear – not stand out — he ties his hair into tight bun, blending in with his surroundings. Makwa left his old life far behind him. He left the murder, far behind him. He has a wife (Kate Bosworth), a child, and another on the way. His emotionless personality can’t be missed as his wife reveals her new pregnancy only for Makwa to give a simple, “oh.”

Corbine paints our villain, if you can call him that, in a cold-blooded and misunderstood way. You can’t quite put your finger on what’s going on in Makwa’s mind. All you know is that he’s severely troubled. But the question plagues us, could Makwa’s desire for killing stem from his father’s inherent need to beat him? That question remains to be answered, but the problems for Makwa are deeper than that. His incessant need for a “normal” lifestyle doesn’t go unnoticed when Ted-O visits him. “The fakest Indian around,” he now calls the generic Michael. The two men, now completely different, are brought together again by one tragic event. The words spoken between them are a constant push and pull, as the emotions escalate and explode.

The layers to this Wild Indian are thought provoking, but beyond that, there’s not much else. There’s more to this story, more to these people, but Corbine refuses to let us see it. This brings holes to the story, not fully fleshing out the background of our characters. His lack of detail, and the paths he has the individuals take, makes the ending a bit questionable. For what Wild Indian lacks in its storytelling, it maks up in the performances of the characters. Chaske Spencer is the highlight of the film. His crushing scene on a porch, unable to speak as the tears flood his face, brings an emotional impact that the rest of the film seems devoid of. He is remarkable!

The complexity of Makwa may delve from the abuse he faced as a child, but his actions around those closest to him may be more than the universe can forgive. The tragic events surface again and crash in on him like a flood. I have to respect Corbine for bringing together two very different subject matters. But when I hoped for more, there was none. And when he wanted me to feel, there was very little.