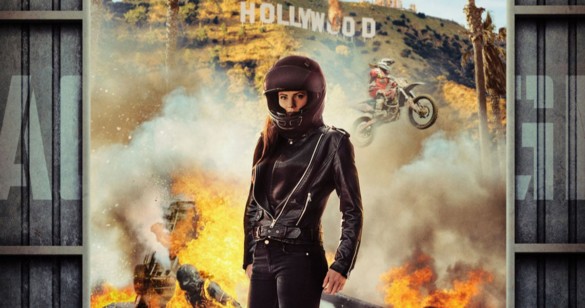 Synopsis: An action-documentary about the evolution of stuntwomen from The Perils of Pauline (1914) and beyond.

Women have been doing amazing stunts for the sake of entertainment since the early days of filmmaking. Stuntwomen: The Untold Hollywood Story tells the history of these women from the early 1900s to today. From Helen Gibson to Jeannie Epper to Heidi Moneymaker, this film discusses how women in stunts have had to work hard for recognition, respect, and equal rights in a highly competitive and underappreciated field.

The film does a fantastic job of going over the history of women in stunt work and how that career has evolved over time with changes to the types of films being made and the technology used in making them. It starts with the inspirational women of the silent era, then goes over the female-led action flicks of the 1970s, and then dives into the dozens of comic book movies being made today. It features interviews with many of these women as they share their experiences. Jeannie Epper, Lynda Carter’s double for Wonder Woman in the 1970s, is one of the more well-known speakers and is just as willing to do a stunt now as she was 40 years ago. Most of the speakers are current or retired stuntwomen who love what they do despite its challenges. The documentary is narrated by Michelle Rodriguez- known for her role at Letty in the Fast & Furious franchise. Rodriguez also appears in the movie and gets to take a ride with her stunt driver from the Fast & Furious movies. She is often quoted as being jealous that stunt people “get to have all the real fun” which makes her an enthusiastic narrator for the film.

Stuntwomen: The Untold Hollywood Story also covers the negatives of the industry. How women are often passed over for stunts deemed “too dangerous” and men in wigs do the stunts in their place. Or how women have to perform the same stunts as men but in half the clothing and in heels. The film also discusses how women often have a harder time making the switch from stunt double to stunt coordinator and introduces a few women who have successfully made that career change.

To wrap up, Stuntwomen: The Untold Hollywood Story is a fascinating documentary that educates its viewers on an industry that should get more recognition. It makes us want to pay attention to the women performing these amazing things and get them the credit they deserve. It’s not just clips of women jumping off buildings and crashing cars; it’s a personal documentary that allows these women to speak for themselves and tell their story. It’s available to rent and purchase as of September 22nd.