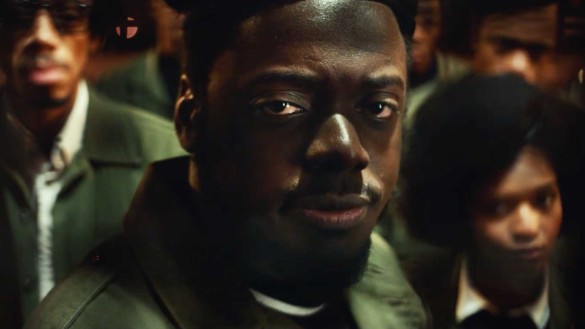 2021 is a tough thing to predict. Not just for the Academy Awards, but really everything. The world is in such a state of flux that anything could change, and so nailing predictions to a mast would be folly in any circumstance. However, as Benjamin Franklin once said, there are three constants in life: death, taxes, and Awards Season. With that in mind, the following is a list of who may be in contention for Best Actor when the Academy opens its doors next April.

For many, Delroy Lindo is a lock for this year’s Academy Awards. His powerhouse performance in Da 5 Bloods shored up the gravitas he’s displayed on screen for the best part of forty years now. Da 5 Bloods has already been well received, and Spike Lee is fresh off his win last year for BlacKkKlansman, so there’s an outside chance it may contend for honors itself at the Oscars. It features fantastic performances from Clarke Peters, Norm Lewis, Isiah Whitlock Jr., Chadwick Boseman, and Jonathan Majors, but Lindo is ostensibly the star of the show here. In it, he plays Paul, a grizzled, Trump-supporting vet of the Vietnam war suffering from PTSD, who returns to the country, and his demons, to search for literally buried gold. This would be Lindo’s first nomination after a career full of strong character acting. The Academy does enjoy a feel-good story, so expect to see his name on the nomination list and the potential that he may be standing on the stage holding gold by the end of it.

David Fincher’s latest hasn’t dropped yet, but Mank is almost certainly a leading contender for Best Picture, such is the buzz that has surrounded it. Biopics are tried and tested Oscar bait every year, and this year should be no different. Fresh off an Oscar win for his portrayal of Winston Churchill, Oldman is once again depicting a real-life figure. This time it’s Herman Mankiewicz, who famously wrote the screenplay for Citizen Kane. Citizen Kane, of course, has become shorthand for the greatest movie of all time. There has been much dispute over how much of the screenplay Mankiewicz actually wrote, as it’s a credit he shares with the movie’s director, Orson Welles. This could very likely be the main thrust of the film, and no doubt it’ll give Oldman plenty of opportunities to eek out the frustration and anger Mankiewicz was said to have felt at being overlooked for his creation. Mankiewicz went on to win an Oscar for his work on Citizen Kane, and there’s a pleasingly meta feel about Oldman winning an Oscar for his portrayal about a man who won an Oscar, so it wouldn’t be surprising if Oldman takes home his second gold statue in April.

A film based on a French play which was roundly lauded in France, Broadway, and in London’s West End is pure, uncut Oscar bait. Throw in acting legend Anthony Hopkins in the kind of role he has made uniquely his own this last decade or so, and you’ve got The Father. Hopkins plays the titular character, a man who has Alzheimer’s who stubbornly refuses his desperate daughter’s help as his mind slowly deteriorates. It is likely to be a tough, heart-breaking watch. If reports are to be believed, it features an incredibly moving, vulnerable performance from Hopkins, which should surprise no one. Hopkins received a Supporting Actor nomination last year for his role as the retiring Pope Benedict in The Two Popes, so this should see him once again step into the spotlight as the leading player. He hasn’t won an Oscar since his star-making turn as Hannibal Lecter in The Silence of the Lambs in 1991, and it wouldn’t be a surprise to see the Academy give him the nod this year.

In the last few years, arguably, the two most progressive and impressive black actors in the industry have been Lakeith Stanfield and Daniel Kaluuya. Both were excellent in Jordan Peele’s Get Out, and Stanfield was phenomenal in Boots Riley’s Sorry To Bother You. Big things are expected from both actors in the coming years, and they’re sure not to disappoint, with both said to have turned in great performances for Judas and the Black Messiah (another Best Picture contender). While Stanfield no doubt plays his role as little known informant William O’Neal to great effect, it’s Kaluuya’s turn as Fred Hampton, leader of the Illinois chapter of the Black Panthers, which will probably grab the Academy’s attention. Hampton was a famous leader in the 60s as part of the civil rights movement and was widely believed to have been assassinated by the FBI for his role in the Black Panthers. It’s a meaty role that Kaluuya will no doubt have sunk his teeth into, and having already been nominated for Best Actor in Get Out; it’s fair to say the young Brit is already on the Academy’s radar.

Timothée Chalamet will no doubt one day win an Oscar. The young actor has already proven his ability to deliver outstanding performances in the likes of Call Me By Your Name – for which he received an Oscar nomination -, Ladybird, and Beautiful Boy. He has begun to carve a career for himself in very serious, heavy roles, and the Academy always loves to see those. This year will see him take on arguably his biggest part yet in Dune. The trailer dropped recently to much fanfare, and there’s already a heady buzz around the movie, about which the art director Tom Brown has optimistically envisioned as similar to Lord of the Rings. It shows both the scope and the hope the makers of Dune have for the movie, and if they’re anywhere close to correct, then it means Chalamet is not likely to be overlooked. Although Dune has been tackled before by the likes of Alejandro Jodorowsky and David Lynch (neither of whom were very successful with the property), director Denis Villeneuve has shown he can craft stories like this already, with his successful sequel to Blade Runner, Blade Runner 2049. All of this means Dune will most likely be in Awards contention for most of the categories and, although Chalamet isn’t likely to win just yet, his name will be up there.

Provided an outstanding performance in Christopher Nolan’s Tenet, but is unlikely to receive a nomination amid healthy competition this year, especially for a film which itself is unlikely to appear in many categories outside of technical achievements.

Said to have been fantastic in Taika Waititi’s upcoming soccer movie Next Goal Wins, which itself has been mooted for Awards contention. It’s likely Next Goal Wins will receive a nod or two, perhaps for Screenplay, but don’t expect to see Fassbender’s name being called out at the end of the night.

Affleck is currently enjoying media attention for his turn in The Way Back, in which he plays an alcoholic former basketball star who returns to his old college to coach the team he once turned out for. It’s a classic redemption narrative that has been done before in the likes of Coach Carter, but the Academy does love those kinds of stories, and it wouldn’t be too surprising if Affleck gets a token nomination.

It wouldn’t be Awards Season without America’s Dad somewhere in the mix. Hanks has already turned in an impressive effort for Greyhound, a film for which he also wrote the screenplay, but it’s News of the World he might get a mention for. Directed by Paul Greengrass, News of the World is a western about a newsman helping to save a young girl kidnapped by bandits. It should be a compelling story, and it’s got an Oscar buzz to it as well, so if it does get a few nominations, then expect Hanks’ name to be among them.