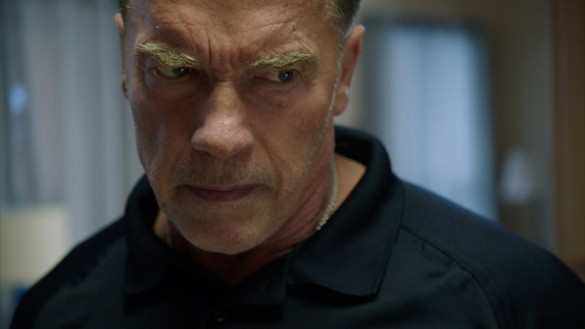 Synopsis: Members of an elite DEA task force find themselves being taken down one by one after they rob a drug cartel safe house.

INTRO
Hands tied up, blood rushing down her face, she screams for John…gunshot…she’s dead and Sabotage begins.

DIRECTION
Prior to viewing this film, I had it on my worst list for the month of March because just like Need for Speed, the plot seemed predictable and I was not too thrilled on the casting. Sabotage poorly deals what happens when money and greed comes between friends and teaches you that you always shouldn’t trust a mastery Halo player. Beyond the action scenes we hardly have anything to be excited about as the movie itself gives away small clues as to who is Sabotaging the group and as soon as I saw the trailer I already had an idea of who it was and I was right. I am surprised that this film was as bad as it was because director David Ayer, did an awesome job with End of Watch. End of Watch, just like most police movies are very hard to expand on its scope because you are limited by what you can do and he was still able to craft a great and emotional movie. Sabotage has too many characters and they all come and go very quickly like an argument that you have no time to care about any of the characters besides John Wharton. Ayer stuck with the same logic that Need for Speed did, where you throw a bunch of things together and hope that one thing makes it worth the audience’s time. For Need for Speed it was the nice cars and for Sabotage, it was the sheer violence and the blood bath. I do not like mystery movies because it is always very easy to figure things out and the way this film reveals who it is comes with no buildup what so ever, basically wasting everyone’s time. Once it is revealed why the money was stolen and by whom, it is a huge letdown.

SCRIPT
Right after the grueling opening scene we witness the only strength of this film: The action scenes. The scenes are not for the faint of heart as there is enough blood in this movie that can feed vampires for over 100 years. Who else better to lead the blood rayne than Arnold Schwarzenegger. Schwarzenegger plays John “Breacher” Wharton, the commander of an elite squad of DEA operatives. His team consists of a Nav’I, a stripper, a basketball coach turned b-boy coach, a Jaeger pilot and of course an Iron Patriot. This group of DEA operatives, during a mission, steal 10 million dollars from a Mexican drug cartel. Mission is over…Money is missing… and soon members of the group are taking out and the Scooby Doo mystery begins.

PERFORMANCES
I want to talk about the performances if I can because Olivia Williams was great in this film as Investigator Caroline Brentwood. Williams had great onscreen presence and was able to carry the entire film along with Schwarzenegger. Williams was able to breathe life in the scenes with the other operatives because she cared about her role in the film. She also had brief but excellent scenes with fellow detective Jackson (Harold Perrineau). The other female character Lizzy (Mireille Enos) is the latest member in the girls kicking butt in movies club. There has been a huge trend lately in women being strong characters in females and I think it is about time we see this change. Lizzy is tougher than I will ever be and makes Lara Croft look like a poodle. This type of movie is right up Schwarzenegger’s alley and he played Breacher in a way only the Terminator can—tough as nails. Schwarzenegger role was refreshing because his last role as an officer in The Last Stand was a nightmare that I do not want to discuss.

SCORE
David Sardy chooses drafts a perfect score for this film as it is dark and has that underground style to it that is suited for this type of film. The musical elements ring loud in all the best ways and service the movie really well.

FINAL THOUGHTS
If you just enjoy senseless killing and rivers of blood than this is the film for you, but I just wished that they would have spent some of the money they stole into some editing because since it is not told in chronological order some so parts it’s hard to see what’s going on. The best example of this is a montage when Breacher and Caroline try to reach Tripod (Kevin Vance) and his assailants kill him.