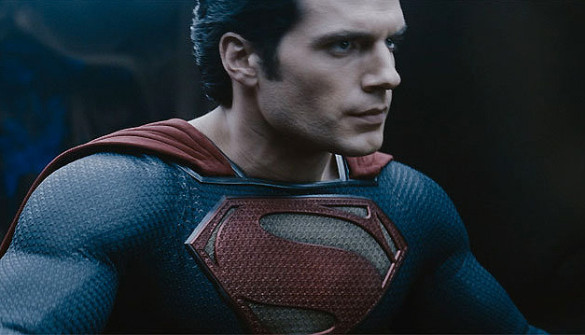 Synopsis: A young itinerant worker is forced to confront his secret extraterrestrial heritage when Earth is invaded by members of his race.

DIRECTION
With all the trailers and TV spots that were released, anticipation levels for Man of Steel kept getting higher and higher? So does it disappoint? Nope, not at all. Director Zack Snyder (with the help of producer Christopher Nolan) crafts the best superhero/comic-book film ever made. After the underwhelming Superman Returns in 2006, Snyder and Co. made a Superman film for the ages. The epic nature and scope of the film is unlike anything you’ve seen before in a superhero/comic-book film. Whether it’s the origin story – which could not have been told any better and is only aided by solid performances all-around – to the visuals and the action, Man of Steel is a must-see. Snyder, who directed 300 and Watchmen, has always been known for his amazing visual eye and that’s no different here – either in some very Terrence Malick-type shots or in the many, many action sequences that put anything seen in The Avengers to shame. The only downside to some of these sequences is Snyder’s use of a handheld camera, which provides for a very shaky (literally) experience. Wide shots of all the action sequences and destruction and less editing would have been preferred but do not take away from the overall experience. Overall, the way all of the different elements come together makes this easily Snyder’s best film of his career so far. And now, the anticipation for the sequel starts.

SCRIPT
The structure of David Goyer’s Man of Steel script is perfect, providing a different approach to telling an origin story – something future superhero reboots should follow – and focusing on themes of redemption, love, hope, destiny and greatness. Instead of opening chronologically, the film opens with the birth of Kal-El and the destruction of Krypton before shifting to a drifting, adult Clark Kent. And as he continues his journey to find out who he is and where he is from, we get flashbacks to certain moments in his life that have defined him (discovering his powers and using them for the first time to first finding out he is not from this planet and so forth) – which, despite some very clunky dialogue, provide the most heartfelt and best moments of the film. Then about halfway through, after General Zod comes and Clark Kent dons the cape, the film transitions into an all-out action mayhem spectacle. Man of Steel is nearly 2 1/2 hours but moves at an extremely brisk pace, beginning with a 20-30 minute, awe-inspiring sequence and ending with one of the best dialogue exchanges of the entire film.

PERFORMANCES
The performances in Man of Steel are solid all-around. Henry Cavill brings a different take to Clark Kent/Superman than Christopher Reeves and Brandon Routh before him. He is more brooding, more vulnerable and displays more physicality. Amy Adams is also not your typical Lois Lane; the intrepid reporter or damsel in distress are gone and instead we get a woman who is more involved and kind of in-your-face. The chemistry between Cavill and Adams is pretty good in the film and it will be interesting to see where it goes in the sequel and beyond. Michael Shannon was the perfect choice to play General Zod; he’s insane and menacing while also being frustrated and desperate as he tries to accomplish his goals. Russell Crowe and Kevin Costner are terrific and are really the backbones of the film, playing Jor-El and Jonathan Kent, respectively. They are Kal-El/Clark Kent’s fathers and do a great job in their scenes where they basically teach their son how to be the man he is meant to be. The reason these touching moments are the best is because of Crowe and Costner’s performances.

SCORE
Hans Zimmer is one of the best composers of all-time. And while Man of Steel‘s score isn’t one of his best, it’s still pretty darn good. With a very dark, very reminiscent feel of what he did on The Dark Knight trilogy, Zimmer crafts a score that fits this incarnation of Superman perfectly. It doesn’t feature anything quite as iconic at John Williams’ Superman theme, but the very piano-driven piece that plays during some of the more heartfelt moments is something that won’t soon be forgotten.