Movie Review: ‘Billie’ is a Tale Of Two Fascinating Stories 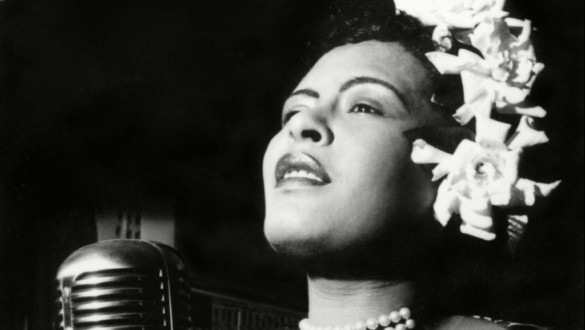 Synopsis: In 1971, journalist Linda Lipnack Kuehl set out to write the definitive biography of Billie Holiday. Over 8 years, she tracked down and tape-recorded over 200 hours of interviews with the extraordinary characters that populated the iconic singer’s short, tumultuous life. However, Linda’s book was never finished and the tapes never heard — until now.

In James Erskine’s documentary of the singer’s life, we follow Holliday’s rise to fame through her rough upbringing, to standing alongside bandleader Count Basie, producer John Hammond, and her different lovers and managers, and her downfall due to drug addiction, as told by those who knew in audio recordings dating back almost 50 years ago. From the beginning of the film, we learn about these recordings accumulated from a single woman and Billie Holliday fan who worked herself to own tragic demise like the singer she admired and that it was the first time these tapes were being heard publically. The title may be called Billie, but this could have easily added a slash and name, retitling it “Billie/Linda.”

Of course, Billie Holliday is still among the greatest jazz-related performers of all time, and the archive footage of her singing and interviews of those who were with her throughout verify that. But it goes deeper into her personal issues, first with the color of her skin, the pressure she faced over her content (such as singing “Strange Fruit,” a song about lynching), and her lifelong struggle with drugs that the federal government chased Billie for the rest of her life. Erskine is able to piece together a collage of sound pieces and still images that tells the story for him thanks to audio recordings of main figures in her life, all of whom are dead today.

As the main story unfolds surrounding Holliday’s life, we slowly learn about Linda Lipnack Kuehl, the woman who decided to pursue writing a biography about Billie Holliday. Her sister is interviewed and bits of her recollections of what happened to Linda during the interviews when she started to get too deep into the interviews personally. A negative to the documentary is that the story does not delve into Ms. Kuehl’s complete life as much and what else was going on around her in the years prior to her death. It leaves suspicion as to what may have happened that fateful night, but is not conclusive or implies that something else happened to her. What is known is Billie was her passion and Linda feels connected to Holliday’s troubled life, which leads her to pursue such a project. Like other writers, actors, and musicians, it’s the passion project that brings on the heartache and fear around them.

One side remains a mystery, the other is solidified in history. Billie Holliday is presented by James Erskine as among the many greats used and abused by many, a victim of racial profiling and harassment by fame against law enforcement similar to the events of today. The story around her performance of “Strange Fruit” shakes racism to its core as it is under current circumstances, a reflection of Holliday daring to stick up to the establishment, while for Ms. Kuehl, she is herself a victim of jumping into Billie’s murky waters that lingered on many years after dying of cirrhosis. The blood, according to Erskine, has always been on the tea leaves of history.