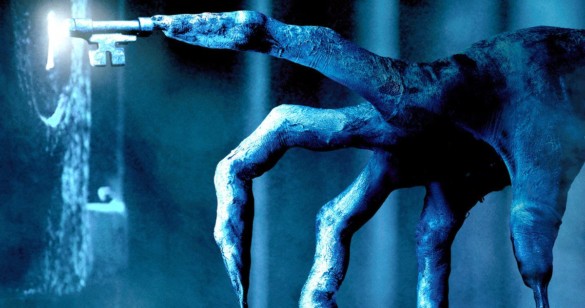 Synopsis: Parapsychologist Dr. Elise Rainier faces her most fearsome and personal haunting yet – in her own family home.

When your horror film isn’t let loose until Halloween is a three-months-ago deal (read: January), worry. Or don’t; the firstborn of the Insidious saga came to on April Fools’ and it was a massive success. The Last Key, however, finds thrill in being a joke. By doing more to entertain the connotations surrounding its release frame rather than thwarting them, the fourth trek into The Further resembles what awaits when one duplicate their abode’s metallic pass at most Houston Home Depots: a dud.

The Last Key, as with the last three installments, begins in a house — the one this time belongs to the family of fan-favorite septuagenarian psychic. Since young, Elise (Ava Kolker) is “other dimension”-sensitive, an ability mom (Tessa Ferrer) tacitly accepts, younger brother (Pierce Pope) semi-respects and father (Josh Stewart) despises. Remember the series’ constant emphasis on how this particular gift both helps — locating the lost — and harms — opening yourself to evils? Elise doesn’t know, and a family member has to pay. It’s a strangely and refreshingly non-Insidious opening: the pacing is measured, Joseph Bishara’s possessed strings are muffled, and there is a slight tip of the balance toward the dramatic over the horrific. Don’t worry, the jump scares remain, but under Adam Robitel’s direction the atmosphere and characters get to simmer a bit before the next “bang!” Something to be glad, indeed, for finally a sliver of elegance is introduced to the franchise’s non-horror beats.

Then the goodness vanishes once the story zips to 2010, the year Elise (now Lin Shaye) meets her end. And judging from the fact The Last Key is the second time the character is “Han-surrected” (like another Universal’s mega-franchise), that year is also when the series’s go-to writer, Leigh Whannell, did a regrettable storytelling move. It’s not known how much Whannell was influenced by The Taking of Deborah Logan, a 2014 found-footage and jump scare-rich possession fare Robitel directed and co-wrote, but this film also prefers telling less-enthralling aspects of the plot the more it goes on. With Deborah Logan, it’s cult malarkey over scientific throughline; here, there’s a perplexing coziness to the most awkward and wonkiest form of jokes, drama and — rather incredibly — creature. Rather than mustering a stifled chuckle, we become infuriated (all right, we get it, sidekicks to the psychic). Rather than be anxious about Elise’s well-being, who is forced to return home after a distressing call from an utterly superfluous character (Kirk Acevedo), we feel, at best, zero stress. Rather than feeling terror at the key-for-fingers ghoul’s (Javier Botet) looks and the way it imprisons (mainly women) victims, one of them is Elise’s niece (Spencer Locke), we struggle to remember that a ghoul is around.

Also, its name is Key Face. Glad no one in the film utters it out loud.

Only Shaye refuses to astral-project herself toward parody or unmemorable territory, it seems. The genre veteran tries, so much so one has to admire, but since The Last Key refuses to do anything that will make it a quality sequel to the prequel and, through the introduction of a Further-aware relative Imogen (Caitlin Gerard), a respectful send-off, she can never deliver the film from detritus. So now the series has returned to where it started, finishing the last loop when no one exactly asks it to do any looping. That said, Blumhouse fare being Blumhouse fare, the next film has 80 percent of happening, and if that’s the case let’s hope the next one can overpower its Last Knight moment. Alternatively, it can live up to the “last” in its title.