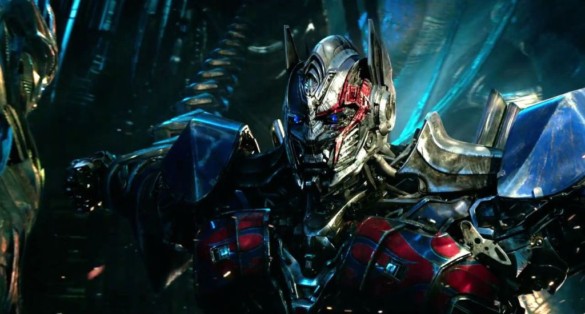 Synopsis: Humans and Transformers are at war, Optimus Prime is gone. The key to saving our future lies buried in the secrets of the past, in the hidden history of Transformers on Earth.

Recall the images of wealthy whippersnappers writhing after a musical event they attended – one with a name that rhymes with “liar” – got everything off-key. Harrowing photos and anecdotes popped up like daisies; the advertised “two transformative weekends” were exactly that by way of exposing people to (debatably) their first scam. Michael Bay must have read this news, translating the media from the Exumas to renowned mayhem and notions of enlightenment to a signature absence of them. Indeed, no mind enters Bay’s world to receive an expansion, but at least it is safe from shrinkage. That won’t happen with The Last Knight, though, a film that drains brains the same way Billy McFarland siphoned wallets back in April.

The advertising model is even the same to Fyre Festival, here and there some compelling plot beats and characters that all turn up in a lesser form. After Age of Extinction, Optimus Prime (Peter Cullen) leaves Earth to find the Creators, an alien race that always has Earth in its hostile sights. He finds one, the wraith-like sorceress Quintessa (Gemma Chan), after crash-landed onto a Cybertron now under her reign. Human-sized, she may be, but a lightning bolt from her can get Transformers on their knees or just a slight caress will get Prime to reveal his nemesis persona. Powerful (and beautifully rendered, too), but ultimately non-threatening since she carries out apocalyptic deeds by being stationary a la Suicide Squad‘s Enchantress. This is not the only time The Last Knight  will borrow DCEU’s all-villain affair, a subplot – golly, another one – involves Megatron (Frank Welker) has him assembled a team where each obnoxious member is introduced with a title card.

Meanwhile, Earth has its fair share of events. Still having flashbacks to the Chicago attack, the government establishes the TRF (Transformers Reaction Force), led by Santos (Santiago Cabrera) and Lenox (Josh Duhamel), to shoot down robots with extreme prejudice. Never one to align with what society thinks, 14-year-old Izabella (Isabella Moner) finds more purpose being Rey to her BB-8 – a rackety Vespa Autobot called Squeaks – and repairing other robots. Texas-based Cade Yeager (Mark Wahlberg) has also become more salvager than inventor, keeping himself busy daily so the familial loneliness doesn’t creep into his muscles. Down in Cuba, a disgraced and sweat-drenched Simmons is angrily sipping iceless mojito, turning down soccer games with his NASCAR Autobots buddies and researching the appearance of oversized mechanical horns around the globe.

To link all of the above to Quintessa’s presence, the franchise’s new set of screenwriters – Art Marcum, Matt Holloway and Ken Nolan – introduces even more characters, in their triptych wisdom. See, Quintessa is missing one thing, namely a Transformers-built magical staff once wielded by Merlin (Stanley Tucci), and Arthurian expert Sir Edmund (Anthony Hopkins) and Oxford professor Viviane (Laura Haddock) know how to find it (what is it with part five and staff as the MacGuffin in 2017?). While there is much preaching about unity, segmentation is the fuel that operates the story; characters who have been around for a considerable amount time are dropped suddenly and brought back when they are least necessary. There is an irksome see-if-it-sticks mindset to the progression and shoehorning of immaturity into every moment possible. “If it blows, it works; if there’s a mess, care for it less” has got to be the writers’ room mantra.

All Marcum, Holloway and Nolan have done is confirming that today Bay is no longer a maker of films but of moments – recently those of inadequate quality more often than the other.

Exotic cars screech, people fly, robotic parts littered the landscape and blinding pyrotechnics – these are the reasons we go and see (or endure) Bay, but try and do that in The Last Knight. With six (six!) editors on board, all required to be caffeinated before entering the suite, stunts become blurs and certain happenings do some jarring teleporting, both telltale signs of directorial boredom. There was much hope when the franchise injects new blood in the photography front by introducing John Wick’s Jonathan Sela, but other than moments of Bay-isms – slow-motion, high-tech squad emerging from water and revolving hero shot – every editorial decision smears the camerawork. Also, what is aspect ratio, anyway? – the film asks.

The most consistent element here, which is also the most consistent thing in Bay’s filmography, is that if a character does not pass for “American,” “white,” “male,” or sometimes in that order, they shall be recipients of juvenile insults. A French robot (Omar Sy)? He sounds funny. A British butler android (Jim Carter)? You are a sociopath. Over the human side, there is a need to see the next acting luminary whom Bay will direct to insult Asian characters in Transformers 6.

It seems like anything of quality is The Last Knight’s Kryptonite. Moner’s vibrancy to her sassy Izabella is all extraneous when the script made her a false-protagonist. Haddock is the Mikaela we need (her make-up at one point has her identical to Megan Fox), but is reduced to the typical Bay-girl whose existence alone can court derogatives and whose eyes ogled at Wahlberg’s physique. The Bostonian actor, ever the opportunist, flexes his biceps hard at this moment. The oddly delightful King Arthur sequence that starts the film is a moment that turns out to be to elongate the film, a sneaky seed to what comes after this Transformers series – prequels and spin-offs unbound by time or characters.

Perhaps all this, the entirety of The Last Knight and its eventual spawns, is solid entertainment in an alternate universe. Still inhabiting 10 Downing Street in the film is a David Cameron look-alike, so safe to assume how in that dimension Blink-182 is currently performing in the Bahamas.