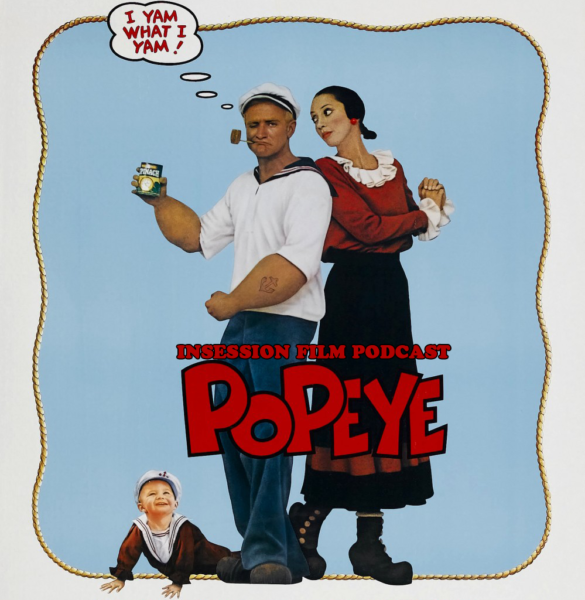 This week on Extra Film, Ryan and Jay continue their Robert Altman Movie Series with 1980’s Popeye and review the latest (and supposedly final) entry in Michael Winterbottom’s travelogue quadrilogy, The Trip to Greece.

Upon release, Popeye was largely dismissed by critics and was not quite the financial hit the studio anticipated. Over the years, though, there has been a bit of a critical re-evaluation. Its unique approach and charm has resulted in a sizable cult following. This is the seventh film in the Altman series and the first film of the 1980’s to be covered in the series. Miraculously, after directing seven essential films from 1970 to 1980, the next film in the series was made in 1992. So, before the Altman lull of the 1980’s, enjoy a conversation on the final film of Altman’s Golden Age!

After talking about the adventures of Popeye the Sailor Man, the conversation moves to The Trip to Greece, the fourth film in a franchise that has now gone on for a decade. While it has largely existed off the radar of mainstream audiences, The Tripfranchise has been one of the best and most consistent franchises of the last decade. The films seem extraordinarily basic, in their conceit, but the guys focus on the underlying sadness of the series in their review.