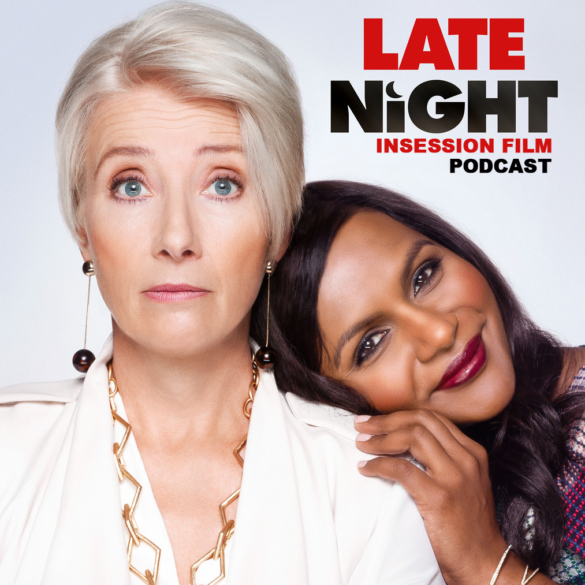 This week on the InSession Film Podcast: Extra Film segment, Ryan and Jay get together to review the newest comedy, Late Night, and in the back half of the episode, they review the newest film from director Jim Jarmusch, The Dead Don’t Die.

Widely considered one of the biggest, crowd pleasing hits coming out of Sundance, the guys were eager to watch this film. Lead by a original screenplay written by Mindy Kaling and a lead performance from the great Emma Thompson, many were calling this film this years The Big Sick, leading the guys to intrigued and wondering if the film lives up to all the hype.

Then, the guys take a look into the world of indie director Jim Jarmusch, whose last two films, Only Lovers Left Alive and Patterson were real critical hits and left many anticipated to see how Jarmusch would follow them up. But with less than stellar reviews coming out of the Cannes film festival, the guys were interested in seeing the film and giving their opinions and seeing if they match up with everyone else or if Jarmusch is still on a roll.