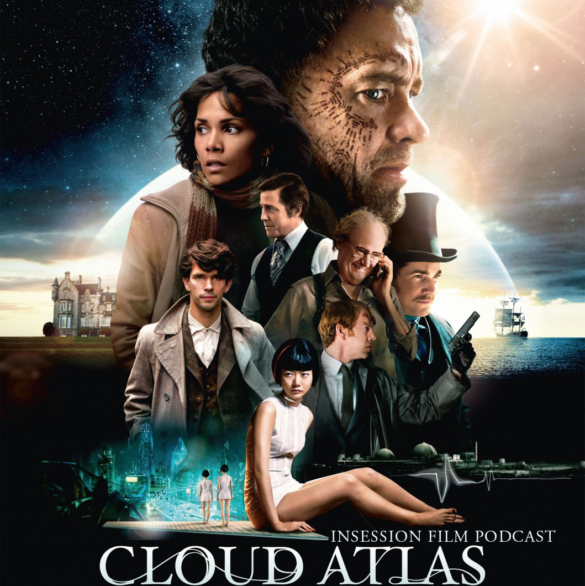 On this week’s Extra Film Podcast, following their love fest for Speed Racer, the Extra Film boys take a deep look at the sisters next project, Cloud Atlas. Based on the novel of the same name, the film weaves six narrative stories together to connect people and time as one interlocking story. While Jay and Ryan might not be high on the film, that’s where Kevin comes in to bring balance and present the film as one of the most enriching films in the series so far. Regardless of how you feel about the movie, Ryan, Jay, and Kevin’s conversation was truly a great one and we thank Kevin for coming on the show again!

In the back half of the episode, the guys take a look at the latest indie drama, The World to Come. Showcasing a stellar cast, the film suffers from familiar projects released over the last couple of years and doesn’t speak to the characters on screen or the story at large. This review is on the shorter side, mostly because well, the movie is just fine for the guys and there isn’t much to say about it other than Vanessa Kirby steals the show again.

On that note, thanks for listening and enjoy this week’s Extra Film!