Movie Review (Sundance): ‘The Sparks Brothers’ is a Successful Step Into Documentary Direction for Edgar Wright 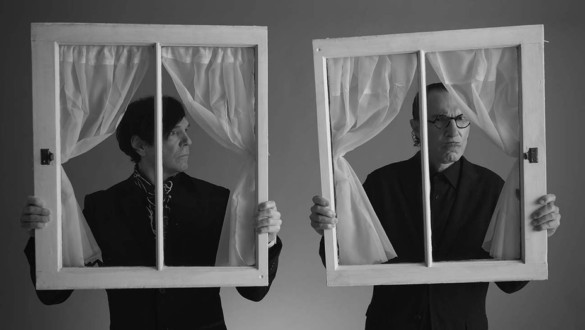 When looking at a list of films as large as Sundance was and to fit in as many films as possible in the space of a week, the first place to begin is to look at the directors and talent involved in each film. Whilst a few names stuck out to me, such as Ben Wheatley, none stuck out more than Edgar Wright. Whatever he was directing here, I was putting myself down to check it out. Turned out, it was not his upcoming film Last Night in Soho but his first venture into documentary filmmaking, with what clearly seemed like a passion project of his. Regardless, I was in and ready for the journey.

I will openly admit this, I had never heard of the band Sparks before this documentary. If it was not for Edgar Wright, I would have questioned if the film was made for my demographic and just been for die-hard fans of the band. However, the concept of the film is about introducing this band to new audiences and showing the legacy they had, and this film succeeded in informing me about them and what impact they had in the music industry. Whether you are a huge fan already or have never heard a song, there is something here for everyone.

Within the first fifteen minutes of this documentary, Wright had already added so much style and fun to what could have been a simple documentary. Whilst it has all of the basic elements to make a documentary work such as interviews, archival footage, and an incredible soundtrack to move through the timeline, it is the editorial choices, the fun animations, and Edgar Wright’s voice that makes this more than just a documentary that anyone could make. It has his voice in it just as much as Baby Driver does.

It would have also been simple to only have one main focus of the documentary in terms of Sparks and their career, but instead, it delves way further than that. Spanning their entire career, this film talks about their music, their personas, the need for change in the industry, and their personal lives. No detail is spared with this documentary, and there is bound to be something in here that even the biggest of fans will learn about members Ron and Russell Mael.

The documentary has a lot of fun presenting the Sparks music, not making it feel forced or only as part of the soundtrack. It becomes the driving force of the narrative, moving through different eras and times and having each of the interviewees participate with the music, showing their passion for the band by having them pick out favorite lyrics of their favorite songs from Sparks. Not only that, but Wright once again has fun with the editing by having the lyrics float around the screen, letting the viewer familiarise themselves with it all.

This critique that I make might just be because Sundance gave us a huge catalog of films that were mostly under 100 minutes in terms of runtime, but I question if this documentary had to be over 130 minutes long. For documentaries at the festival to have much bigger stories and more to say in a shorter time, I did not feel like I needed to be invested enough to hear about most of the 25 studio albums that Sparks made in their career. There were things included in the documentary that I simply would have been happy to leave off, as there was no urgency in me rushing off to Google them and listen to more immediately. I almost felt burnt out by how much was given all at once, and I just wish Edgar Wright knew how to hold off and let the viewer seek it out for themselves.

For a debut in the world of documentary filmmaking, Edgar Wright did a wonderful job bringing the legacy of Sparks to life. Being respectful to both newcomers and pre-existing fans of the band, there is something here for everyone whilst also adding his own voice and style to the mix. If the goal of the documentary was to make more people aware of Sparks and to introduce more people to like them, he succeeded in getting me to do so.