Movie News: 50 Shades of Grey gets a release date 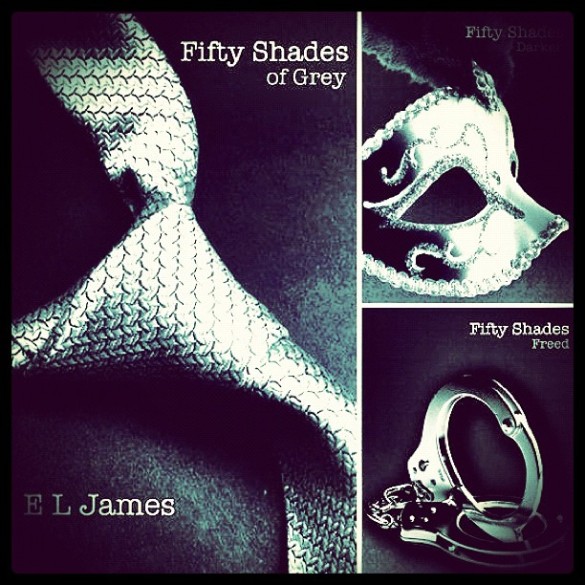 I’m not even sure why we’re following this movie but for some reason we are (because we like movies) and we now have news that 50 Shades of Grey has a release date. As you may know, we recently learned that Sam Taylor-Johnson will be directing and now we have learned that it will be released on August 1, 2014.

What’s interesting about that choice is that it’s the same date as Guardians of the Galaxy which means that every guy and girl will be in separate theaters that weekend. The casting process should be pretty interesting and I’m sure will get a lot of buzz. While I’m more interesting in how this won’t end up a soft-core porn movie, the casting will also be interesting. And how comfortable will they be with the role? Either way, I’m mostly excited to see how this plays out and if people will actually go see it with a bunch of other strangers in theaters. Well at least I know I will have a double feature date next August.

Here is the official press release:

The global release of Fifty Shades of Grey will start in North America on Friday, August 1st, 2014 with opening dates around the world to be announced. The Focus Features domestic theatrical release will be in theaters nationwide. Universal Pictures International is releasing the movie in the rest of the world.

Sam Taylor-Johnson is directing the highly anticipated film adaptation of E L James’ #1 bestselling book. Fifty Shades of Grey has been adapted into a screenplay by Kelly Marcel. Michael De Luca and Dana Brunetti are producing the movie version alongside Ms. James.

Universal Pictures and Focus Features acquired the rights to the three books in the “Fifty Shades of Grey” trilogy in March 2012. Focus Features will market and distribute the first film in partnership with Universal. Fifty Shades of Grey has become a global phenomenon and the trilogy has been translated in over 50 languages worldwide since its release. To date, the “Fifty Shades” trilogy has sold over 70 million copies worldwide in e-book and print, making it one of the fastest-selling book series ever.