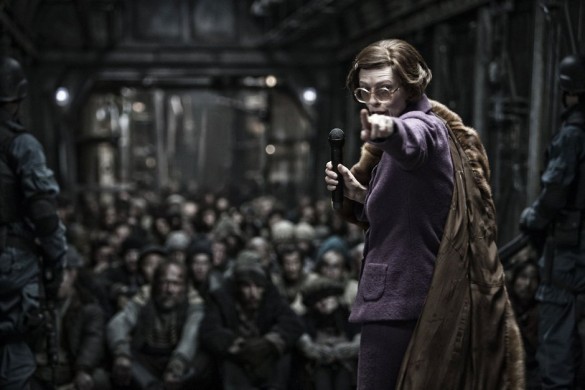 Korean director Bong Joon Ho, known for Memories of Murder and The Host and Mother, is taking his turn at making an English laungauge film with his movie Snowpiecer. The movie is an adaptation of the French comic book, Le Transperceneige, which centers around a future where Earth is all frozen and what is left of humanity is on a train with the poor in the back and the rich up front.

While that may not sound exciting on the surface, it actually looks pretty great. The cast includes amazing Korean actor, Kang-Ho Song as well as Chris Evans, Octavia Spencer, Ed Harris, John Hurt, Jamie Bell, Tilda Swinton and more. Or in other words, actors that are amazing and that will make this film great.

Here is the first movie trailer we get from this film. Check it out, have fun, and let us know what you think!

Snowpiecer opens up in Korea in August and in these Unites States later this year.