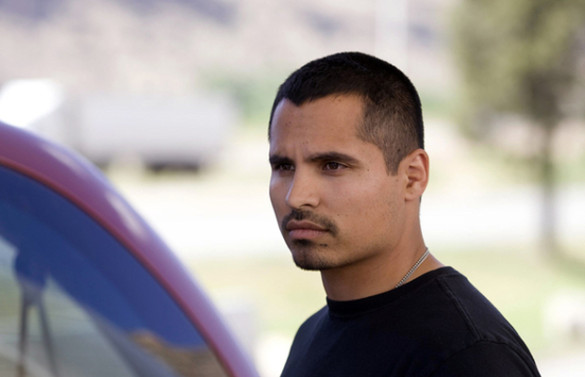 Michael Pena is the latest to join David Ayer’s latest project, Fury. After Pena’s Fox pilot, The List, didn’t work out, he was picked up quickly to join the film that will star Brad Pitt. Shia LaBeouf and Logan Lerman are also set to star.

According to the Hollywood Reporter, Pena will play a member of the crew. The story is set in World War II and centers around the commander of a Sherman tank with it’s five-man crew behind enemy lines in April 1945.

This is a great pickup as Ayer worked with Pena on last year’s amazingly underrated cop movie, End of Watch. According to sources, Ayer apparently wrote the part specifically for Pena, but had to wait until the pilot pickups were announced. If that is true, Pena will fit it amazing well in the film, unlike LaBeouf. I’m not sure how he will fit?