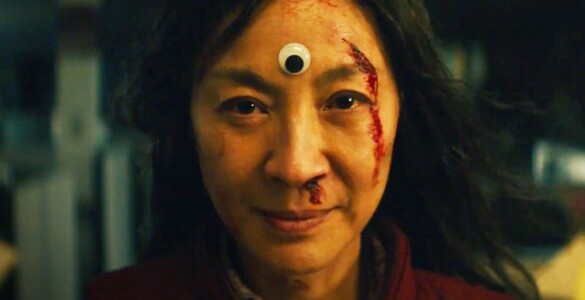 This week on Episode 489 of the InSession Film Podcast, as we do every year at this time, we discussed our Top 5 movies of the year so far. After the last two years, it’s been exciting to just to see things get back to normal with theaters back at 100% and audiences throwing popcorn everywhere. That, in and of itself, has made for a fun year at the movies so far. But there’s also been some phenomenal movies in 2022 to this point. There is no doubt that a few of them will be heavy contenders at the end of the year. However, the year has also seen its fair shar of let downs as well. It may not be the strongest first-half on the whole, but there’s plenty to choose from for this exercise and we had a blast talking about our favorites of 2022 so far. That said, what would be your Top 5?

NOTE: In this segment we only discussed our Top 5 movies of the year so far, however, as you’ll see below, we have listed our full Top 10 as it stands right now.

Honorable Mentions (Combined)
The Dog, Crimes of the Future, The Unbearable Weight of Massive Talent, A Love Song

Coming off the heels of the Main Show doing this exercise, Ryan and Jay decided to offer up their picks for the best films of the year so far. The conversation is passionate and features a few compelling distinctions as well.

Hopefully you guys enjoyed our lists and if you agree or disagree with us, let us know in the comment section below. This list is obviously going to differ based on your own personal taste and what you’re looking for in these films. That being said, what would be your Top 5? Leave a comment in the comment section or email us at insessionfilm@gmail.com.