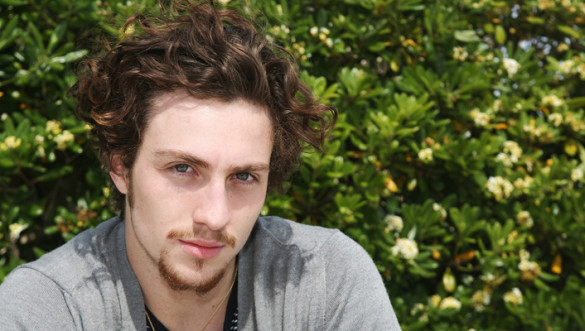 Kick-Ass is being recruited by The Avengers.

According to TheWrap, Kick-Ass himself, Aaron Taylor-Johnson, is being eyed to play Quicksilver in The Avengers 2. He is currently the frontrunner.

Quicksilver, who possesses superhuman speed, is one of two two characters who will be introduced in Joss Whedon’s sequel with the other being his twin sister Scarlet Witch. Their father is, wait for it, Magneto. What?! And that’s where it gets interesting as both Marvel and 20th Century Fox own the rights to Quicksilver, who will also be appearing in Bryan Singer’s X-Men: Days of Future Past. Evan Peters has been cast in that role.

It’s crazy to think that we’ll see the same character played by two different actors in two different films only a year apart. But I’m super excited about seeing Taylor-Johnson in The Avengers as he was excellent in perhaps my favorite comic-book films of all-time, Kick-Ass. He’s definitely a young actor who’s on the rise and he’ll be a great addition to the world’s mightiest superheroes.

Taylor-Johnson can be seen next in Kick-Ass 2, out on August 16, and he is currently filming Godzilla.