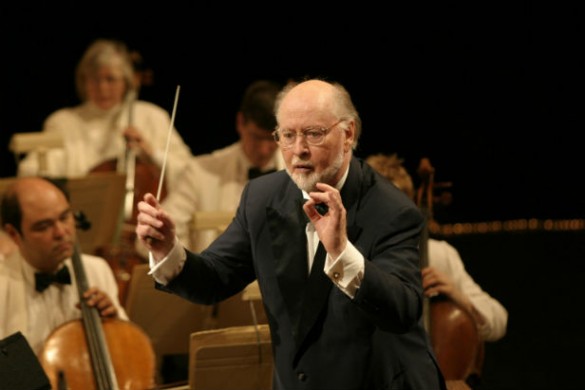 The new Star Wars has been getting all kinds of buzz since it’s announcement, which included Harrison Ford coming back as Han Solo and J.J. Abrams getting the director nod. According to a new report, the iconic John Williams has voiced he’s interested in working the next trilogy as well. Williams’ did the original score for all the Star Wars movies which has become one of the most popular of all time. However, Michael Giacchino has done the scores for almost all of Abrams’ films, which could leave him out in the cold. This is a particularly interesting topic of conversation to me. The score is one of my favorite things about film and I really enjoy listening to a lot of them.

While it’s far from concluding, it’s hard not to consider Williams for this since he’s done all of them before. He’s also 81-years-old which could play a factor into the decision as well. That being said, Williams was nominated for an Oscar this year for his score for Lincoln, so he hasn’t lost too much of a step. Abrams’ does favor Giacchino though, so it’ll be fun to see where Abrams goes with this. We could end up seeing a collaborative effort like we did with Hans Zimmer and James Newton Howard for the first two Dark Knight movies. Personally, I think that’s what I’d love to see happen.