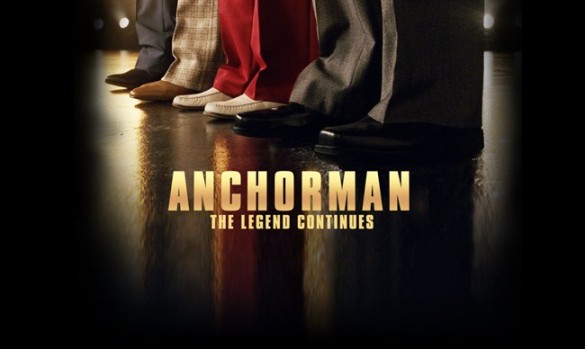 The director for Anchorman 2: The Legend Continues, Adam McKay, announced they are moving the action to New York City. In the first Anchorman, they made San Diego famous for something other than nice weather.

“San Diego is too close to Ron’s heart to go away, but we feel that New York City is the holy grail for all newsmen,” McKay revealed in an interview with Empire.

So far there hasn’t been tons of plot reveals yet and why they are moving to New York, but based on McKay’s statements, you can assume it’ll be based on New York’s (stereotyped) high crime/news rate. Either way, it should be fun as all the original crew is returning for the sequel. Also coming on board is James Marsden, who will be play Ron Burgundy’s new arch rival. You’ll remember Marsden from the early X-Men movies, where he played Cyclops.

What do you guys think about the move to New York?