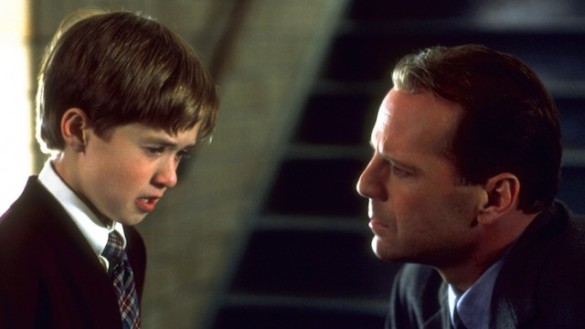 This list…was hard to make. I usually build my InSession List with 10 choices; this week, I could only pick five. The reason is not hard to comprehend; there’s simply not a ton to love about M. Night. Shyamalan’s movies. He’s by far the most debated movie maker to date. His twists can be disappointing, his filming style can be rather boring, his films can sometimes drag. But, he’s still around. Why? Because he’s hit or miss, and we’re always waiting for that hit.

InSession recently discussed the new M. Night movie, The Visit. Easily one of his higher acclaimed films, it made me think of all the times M. Night got it right, and how me just might be getting back to that trend. Let’s breakdown the top five films that got our M. Night hopes up.

Okay, this choice will be controversial. Mark Wahlberg and Zoey Deschanel are less than star actors in this film. The whole premise is utterly ridiculous at its core: (Spoiler Alert) foliage and plants are retaliating by making human beings kill themselves via toxins in the air. The science is not exactly air-tight.

Although their are insanely dumb moments scattered through the movie, they come off as oddly charming. The awkwardness of the Wahlberg/Deschanel coupling is entertaining. The death scenes are terrifying. You can cut the tension with a knife. All of the above makes for a great horror movie, and M. Night’s only rated-R movie at that time.

This choice is not so hard to swallow. You have two of the greatest actors of our time: Samuel L. Jackson and Bruce Willis. Neither of which are strangers to the other, starring in a few films together (Die Hard with a Vengeance FTW). Willis plays a superhero in the modern world–he can’t get hurt, and he can sense danger with others can’t. Jackson plays his opposite as Mr. Glass, a man who suffered from a painful disease all of his life that makes his bones essentially breakable like glass.

The two play great polar opposites, and the subconscious meanings behind the whole story make it otherworldly, yet relateable. It was a great effort to put the idea of a superhero into something we could understand.

I remember seeing this film in theaters, excited to figure out the twist ending. I didn’t figure it out, and I’m sure most of movie-goers didn’t either. Five strangers are trapped in an elevator in a high-rise building. One by one, they are killed off, with no clue as to the identity of the killer. It becomes clear that it’s supernatural forces at hand.

This movie had just the right amount of supernatural to make it a typical M. Night film, filled to the brim with mystery. It sells as a “who done it” movie, with an urban legend history. When you find out what’s really going on, you’ll get goosebumps.

One of the most iconic alien movies to date, Signs follows the story of a farmer turned ex-man of the cloth, who through his cloudy sense of faith, comes across signs of the end of the world. When things become clearer, and the end of the world really does approach, him and his family must decide between fight or flight.

This film prayed on our weakness of jump scares, moody ambiance, fear of the unknown, and long pauses in dialogue. The actors are brilliant, and the build up is magnificent. A genre classic for a reason.

M. Night’s masterpiece, and well-known supernatural tale. A little boy can see the dead, something else no one seems to be able to do. The boy, Cole, is frightened by visitations of the dead, who all have unresolved problems from their living days. He is too afraid to tell anyone about his anguish, except child psychologist Dr. Malcolm Crowe (Bruce Willis). As Dr. Crowe tries to uncover the truth about Coles supernatural abilities, he’s faced with a reality that became one of the biggest twists in film history.

The film is one of M. Night’s most iconic. The line “I see dead people” was, and still is, one of the most repeated one-liners you’ll ever hear. It could be argued that the film was the reason fans constantly pine for Shyamalan’s next movie. It’s like being stuck in the glory days of a person’s youth; you’re always hoping for that one big turnaround. If you haven’t seen it, what’s wrong with you? Jump on that.