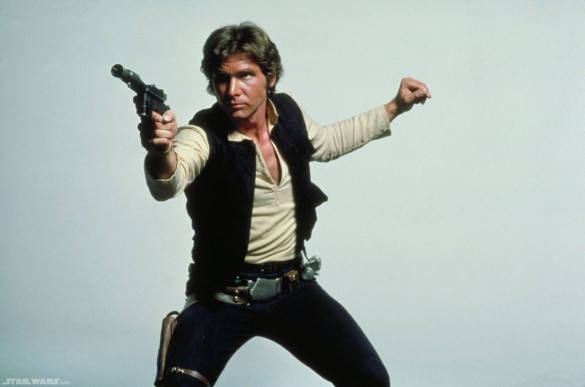 After reprising his role as Indiana Jones a few years back, Harrison Ford will now play another one of his most popular characters again: Han Solo. According to Latino Review’s El Mayimbe, Ford will be returning to play Solo in J.J. Abrams’ upcoming Star Wars: Episode VII.

As a big Star Wars‘ and Abrams’ fan, I’m excited for these next entries in this space saga. I mean, they can’t be any worse than the prequels, right? So what do you guys think? Excited to see what Han Solo has been up to since helping save the galaxy?