Giving The Finger: Celebrating the Trainwreck that is ‘Freddy Got Fingered’ 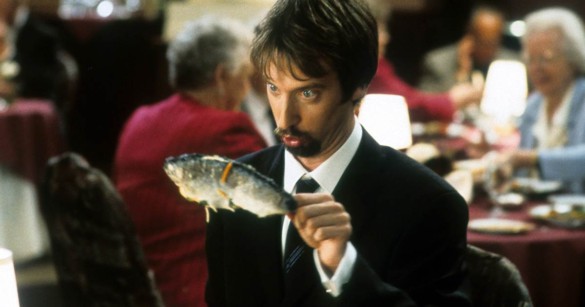 As savage reviews go, nothing compares to the legendary Roger Ebert’s review of the 2001 film Freddy Got Fingered. In his scathing attack on the film, Ebert gave this stinger of an insult: “This movie doesn’t scrape the bottom of the barrel. This movie isn’t the bottom of the barrel. This movie isn’t below the bottom of the barrel. This movie doesn’t deserve to be mentioned in the same sentence with barrels.” It’s pretty brutal to read Ebert’s review of Tom Green’s directorial debut, but he wasn’t the only critic with something to say about the abysmal picture. Fellow critic Leonard Maltin described the film as an “Instantly notorious word-of-mouth debacle became the poster child for all that’s wrong with movie comedy.” However, it’s probably the film critic Brent Simon who best summed up the film by calling it “A crime against humanity”.

Like so many notoriously critically panned films such as Plan 9 From Outer Space, Showgirls, The Room, Cats, and last year’s Capone (see my in defense of Capone piece here) I have a soft spot for films that are known for being trainwrecks especially when I investigate the often complicated and messy production history behind such movies. Films like Showgirls, The Room, and Freddy Got Fingered have such a weird production background, with tales of directors’ visionary passions spiraling out of control and it’s for this reason that I’m drawn to these films like a suicidal moth to the flame.

Before people start to question whether I’ve lost the plot and try to get me sectioned, let me explain the purpose of this article. Firstly, I am not a ‘fan’ of Freddy Got Fingered. It’s a hard movie to endure, let alone watch for entertainment. The film leaves you withering in your seat in discomfort. Twenty years on and it still has the power to shock and disgust the viewer, there are so many scenes that leave you feeling horrified whether it’s the scene of Tom Green’s character licking a bone protruding out his friend’s leg wound or when his character jerks off a horse while shouting like he’s on crystal meth. The purpose of this article is to examine the messy behind-the-scenes production of the film and how it has gone on to become a cult classic.

When we consider the cinematic landscape of the late 90s and early 00s, gross-out comedies such as American Pie, Dude Where’s My Car and There’s Something About Mary were all the rage. These types of comedies were all about pushing the boundaries of what was considered “good taste”. Jonathan Victory from Headstuff.org discusses what made these types of comedies so popular, stating the following, “Combining humor relating to bodily functions or taboo subjects (often of a sexual nature) with farcical situations in which characters embarrass themselves, they were considered edgy entertainment.” Rising comedic star Tom Green was inspired by these gross-out comedies and sought to create the grossest comedy out there in the shape of Freddy Got Fingered. 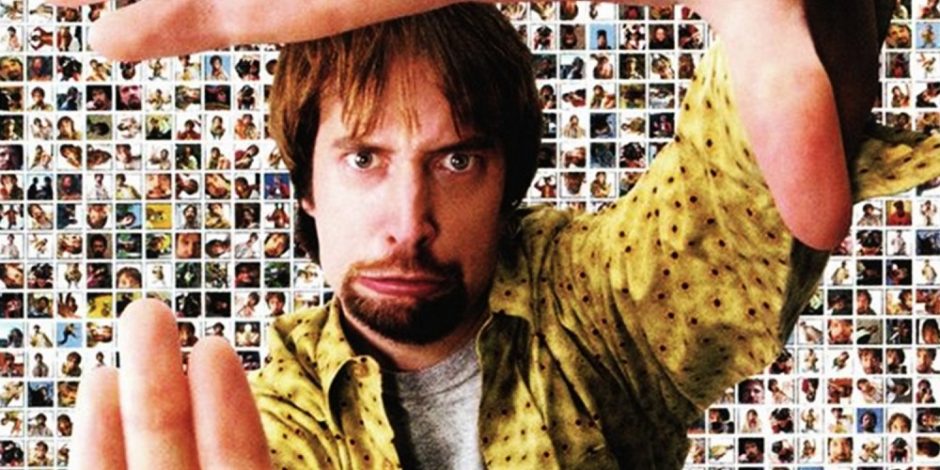 Tom Green seemed to have it all. He had a popular show on MTV (back when it wasn’t just reality TV shows) called The Tom Green Show which featured a mixture of sketches, stunts, music, and hosted segments. Green certainly understood what was popular with the youth market and saw the appeal of shows such as Jackass. With an appearance in the hit film Road Trip and a brief marriage to Drew Barrymore, Green suddenly exploded into the public consciousness.

The film follows Gord (played by Green himself), a slacker who dreams of becoming a well-known cartoonist. The film focuses on his relationship with his angry father Jim (Rip Torn), who Gord is desperately trying to win his approval. And so while Gord works on creations like “X-Ray Cat” (a cat with x-ray vision that only works on wood) and “Zebras in America” (his dysfunctional family, if they were zebras) he also engages in an increasingly heated feud with his dad that involves, among other things, relocating his entire house to Pakistan and accusing him of child molestation (hence the movie’s title).

The character of Gord is an interesting one to analyze and deconstruct. In lots of ways, Gord isn’t too dissimilar to the likes of characters that Adam Sandler played throughout the 90s (and well into the early to mid-00s). This overgrown man-child who slacks off and tries to hold onto a pre-teen adolescent lifestyle for as long as possible. Somehow, Sandler’s characters are seen to be loveable if not annoying. However, Gord is the total opposite. He’s such an overgrown man child, that it’s simply repulsive. Could this be an attempt by Green to show us that viewers shouldn’t be simply laughing off the likes of Sandler’s characters and excusing their faults? Jonathan Victory makes a compelling case for the film, stating that its themes, narrative, and ideology is far more complex than anything on the surface. He writes the following, “The film’s title Freddy Got Fingered is referring to traumas of the past, recognizing the pain felt from them and yet showing a way forward be it on the personal, national or even global level.” This implies that there’s more depth to the film than first meets the eye.

It’s hard to regard Freddy Got Fingered as a misunderstood masterpiece when you first attempt to watch it. The film’s comedy is so surreal and alienating that it leaves the viewer feeling like they need a long hot shower the moment the credits have rolled. However, according to Green, the film had been cut by the studio resulting in a tonal mess of a movie. “The cut of the movie was about half an hour longer. It had a very dark soundtrack throughout. Some of the songs were the same, some different. There were scenes that were removed. A lot of it wasn’t just scenes; it was the length of scenes, the amount of time we held on certain shot. The tone was completely different. The movie’s choppy now. It was smooth all the way through. Important scenes were removed. Things were made shorter to make them less gross, less shocking, less strange—to keep it moving.”

There has been much debate about whether you can deem Freddy Got Fingered as a flop. When asked by Vulture in 2018, Green had this to say, “It made $14 million at the box office, okay? Which basically means that it actually made its budget money back. But there was also a pretty scientific understanding that all of my fans were buying tickets to Crocodile Dundee and then sneaking into my movie because it was R-rated. You literally couldn’t get a seat in a theater where my movie was playing that opening weekend. All over Los Angeles, the theaters were packed. A lot of things about the way people write about that Freddy Got Fingered are unfair.” The film’s production was $14 million, which it made back at the Box Office and it also went on to make $25 million in home rentals. By that logic, then you could argue that the film was in actual fact, a success.

Success or not, the case remains that Freddy Got Fingered is a unique piece of cinematic history that has to be seen in order to be believed. The film received eight Golden Raspberry Award nominations in 2002, winning five. Green personally appeared at the ceremony to accept his awards, bringing his own red carpet and saying: “I’d just like to say to all the other nominees in the audience: I don’t think that I deserve it any more than the rest of you. I’d like to say that; I don’t think that it would be true, though.” The film may have damaged Green’s career, but after battling testicular cancer and winning, Green has proven that a few negative reviews won’t ever stop him from doing what he wants. And, to be honest, there’s something daring and exciting about Green’s insane creativity in a place like La La Land.