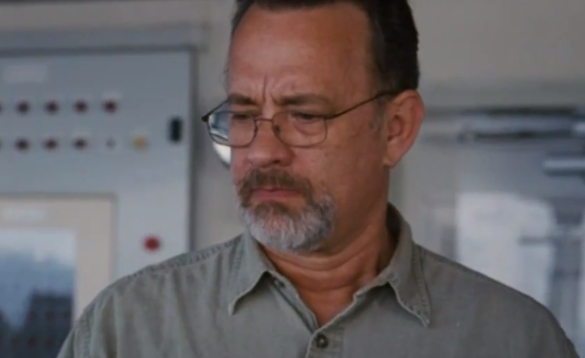 I’m not so sure that’s a lock by any stretch, but I will say this. Hanks’s portrayal as Captain Phillips is his best acting we’ve seen in a decade. He’s phenomenal. The closing scene where he breaks down is incredibly powerful and had the audience in our theater just undone. That scene alone would at least nominate him for awards if I was voting. It’s not just the emotion he captures though, but the struggle to survive and ability to make Captain Phillips so relatable even though most of us will never find ourselves in that situation.

Now, I will say I liked Hanks in Cloud Atlas, Extremely Loud & Incredibly Close and Toy Story 3 but I don’t think any of them are what he brings here to the Cap’n. And I liked all of those movies too. I don’t think he’s done a ton of bad projects, although there are a few, and I don’t think his performances were terrible by any means either. I’d simply say he’s coasted for awhile, at least since 2004.

In Captain Phillips though, he brought back that spark as an actor that we all fell in love with earlier in his career and what makes him so damn lovable as an actor. Once again we see him bring back that flare for the dramatics and the emotion we can expect from a two-time Oscar winner. It’ll be interesting to see if he stays in this form but one thing is pretty undeniable. He is Captain Phillips in Captain Phillips.

You can hear more of my thoughts on Tom Hanks and this amazing film on Episode 34 of our InSession Film Podcast.