Featured: What The Criterion Channel Has Introduced Me To 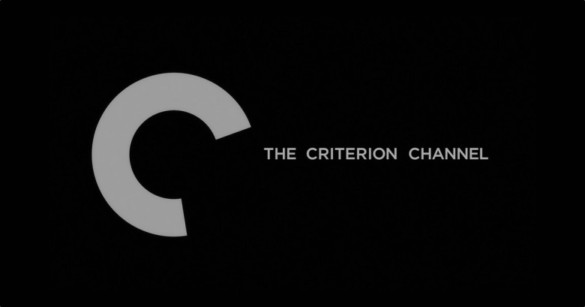 We mourned the death of FilmStruck and welcomed the birth of Criterion Channel, bringing back classic movies around the world for our entertainment. Like its predecessor, I watch one film a day, sometimes two, plus any special features present. I watch the ones I have seen before and the ones that I never saw; as of this writing (24th of April), I am watching the German miniseries Eight Hours Don’t Make A Day (1972) with Tokyo Story (1950) and Taste Of Cherry (1997) waiting in the queue. You go on my Letterboxd (link) and you will see the growing list of films and their rating. Here are some of those movies that you should watch if you haven’t already – and if you haven’t signed up to Criterion, go do so!

So far, my favorite to have come my way. This is how I approached it: I viewed it without context, read a little bit of the background, rewatched it, looked at the in-depth visual essay about the movie’s meanings, rewatched it a third time, and watched a documentary about the life and career of director Sergei Parajanov. It was a Soviet production that is embedded deeply into a foreign culture victimized by genocide in World War I, repression by the Soviet authorities, and denialism by the Turks. But for Parajanov, his image-based story of the famous poet & singer Sayat Nova, it is an affront to being censored, which only sent him to prison for a few years because he was seen a threat to the government. In its 80 minutes, you will feel mesmerized by the richness of the screen and make you invest more into the meaning of each shot.

My second piece written for this site was a background on the life and work of German auteur Rainer Werner Fassbinder. Fassbinder was starting to come out a movie director and had done his first three when he acted in Volker Schlöndorff’s TV modern adaptation of Bertolt Brecht’s play about a self-loathing writer who goes against the bourgeois society he grew up in and indulges women and his own path to self-destruction. The opening scene (as seen above) is a psychedelic entrance into Fassbinder’s performance as a leather-jacketed man who wants to do whatever he wants while getting what he wants. The fascinating part is that Brecht’s widow hated the movie and had it removed from the airways. When inquired about the movie 40 years later, Schlöndorff didn’t know where it was us before an extensive search found it in a rusty can. After extensive restoration, Criterion gave it to us last year.

This was a rewatch as I saw it several years ago, but this was a great refresher at an underrated Billy Wilder film. Kirk Douglas plays a reporter, cocky and power hungry, who heads into a New Mexico town and takes a job at a tiny newspaper. He overhears of a man trapped in a cave and decides to use this as his scoop and his big ticket back to New York where he was before. Instead of a story of survival, it becomes his own control to create a large carnival atmosphere (literally) to bring in the crowds and the rest of the country in to see the show. It’s a noir film wrapped in a real story, as it was based on two similar events where the lead reporter had sole access to the story as it was folding before its tragic climax. Douglas is power hungry and his madness to play the puppeteer pulling all the strings leads to his inevitable downfall.

Thanks to Martin Scorsese’s World Cinema Project, he unearthed for us arguably the best film to ever come from the Philippines. Director Lino Broka brought about the rawness of living in the capital and the dehumanization it does on an innocent man coming from poverty to seek a better life and rescue the girl he loves. Working on a construction site under poor conditions, fighting gangsters who control the prostitutes, and learning about the real life of the shady underworld that Manila, a city of dreams, can turn into many nightmares. Outside of Manila, you can also find the Brazilian film Limite (1931), the Taiwanese epic drama A Brighter Summer Day (1991), Senegal’s colonial conscious Black Girl (1966), and Turkey’s Law of The Border (1966) courtesy of the World Cinema Project.

There’s a lot more I have seen and yet to have seen. With continuous changes in their monthly lineups, it’s a jackpot for all cinephiles. I will provide an update as time goes on, but go ahead and invest yourself into a list of movies that opens the mind beyond the current time and into other countries.