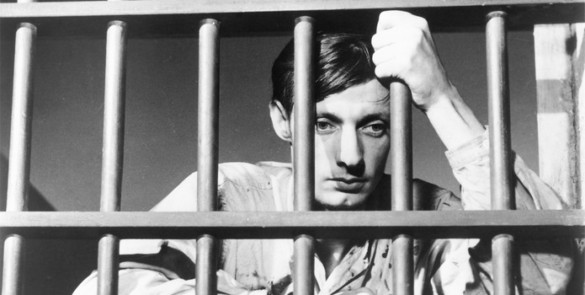 There are plenty of names out of the melting pot of French cinema after the war that sticks out with massive importance but Robert Bresson is in a league of his own. Jean-Luc Godard said of Bresson, “He is the French cinema, as Dostoyevsky is to the Russian novel and Mozart is German music.” In his career, Bresson followed the similar themes and structure to storytelling, creating a unique style that defines him very much like an auteur among film directors. Diary Of A Country Priest, A Man Escaped, Pickpocket, and L’Argent are some of his masterpieces that would set the tone for any first-time Bresson watcher. Some of his features include the following.

Compared to the French New Wave and its flash, Bresson reduced the mise en scene to a simple image and transition, keeping precision on lack of camera movement, use of non-professional actors, and not studying the characters too much. Everything was tedious and almost micromanaged from beginning to end, calling actors “models,” and reduced the dramatization that would be usually seen. The performance of an actor was stripped down where the emotions were internalized but an audience can still figure it out. A music score was sparse. He did not want to make it the hook to a sequence. The cinematography was also not flashy, simplified in image and background. It is why many of his works are relatively short for a full-length feature. The downside was that his approach was non-commercial and getting support for his work was hard to find.

His protagonists tend to be just the singular person who has to survive the ordeal. A Man Escaped is a true story about a French resistance member who is imprisoned and plans his painstaking escape with the danger of execution at any corner. Pickpocket features a petty thief who wanders Paris stealing money while being aware that he will be caught in time. Au Hasard Balthazar and Mouchette are moving tales about a donkey separated from its owner and a teenage girl living in a home hounded by tragic circumstances. The leading characters are living fables of society’s best and worst and they carry the message in their actions with nothing else being said. It could be even reflected on Bresson himself, who was known to be somewhat isolated from the rest of his crew, leaving them to their job while hardly anyone talked to him during the entire shoot. It is reflected by the fact that he rarely gave interviews about his work.

Bresson was a Catholic who once explained, “There is the feeling that God is everywhere…When I see a tree, I see that God exists. I try to catch and to convey the idea that we have a soul and that the soul is in contact with God.” Using his Catholic upbringing as the backbone to his stories, Bresson consistently used themes of redemption from corruption, the plight of the poor, and the morals of evil that lay around. Humans are sinners that are lost in this world but others are victims with no escape route. The travel is long with every possible change of fate along the way, leading to that person’s freedom or total downfall. While L’argent, his last film, brings a tragic climax, A Man Escaped is self-explanatory on what the ending will be for the prisoner of war.

In a fifty-year career, Bresson only made 13 feature-length films. His meticulous method of breaking down the essentials of a story. A man who could have been thrown away in the 1960s, he would be seen as a living master of the cinema with haunting, moving, spiritual stories that are just some of the basics of human dignity. The New Wave would highly praise his work as well as other directors such as Andrei Tarkovsky, Paul Schrader, Michael Haneke, and Jim Jarmusch. Bresson was poetic and philosophical and made understandable morality tales for secular audiences to enjoy. Per French writer/director Alain Cavalier, “In French cinema, you have a father and a mother: the father is Bresson and the mother is [Jean] Renoir, with Bresson representing the strictness of the law and Renoir warmth and generosity. All the better French cinema has and will have to connect to Bresson in some way.”