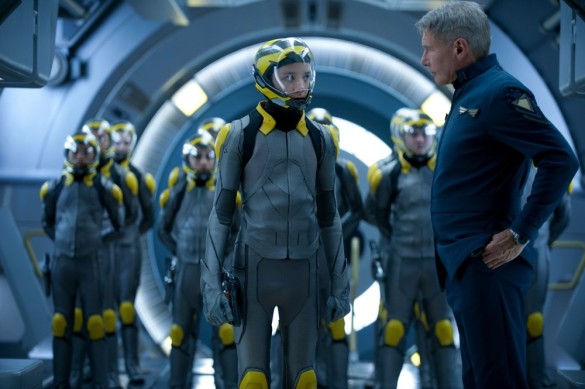 On Episode 37 of the InSession Film Podcast, we reviewed the very surprising Ender’s Game starring Asa Butterfield and Harrison Ford. As with all movies based off of books, it’s hard to get everything from the book into the film. However, that doesn’t always mean that the film adaptations are bad (see The Shawshank Redemption).

For Ender’s Game, there are many differences between the book and the film that could either make it or break it for some people. For those of you who haven’t read the book, than you will have no idea what I’m talking about but you still may have felt some things fast-paced or lacking which would still explain some things for you. Either way, the movie is still pretty enjoyable despite some big things left out.

For this week’s Premium Podcast, Scott and JD dive more into this as they discuss the differences between how Gavin Hood formed Ender’s Game the movie vs the book version. Which one did you like better, the book or the movie?

WARNING: This podcast contains massive spoilers regarding both the book and the film of Ender’s Game.

Thanks for supporting the InSession Film Podcast.