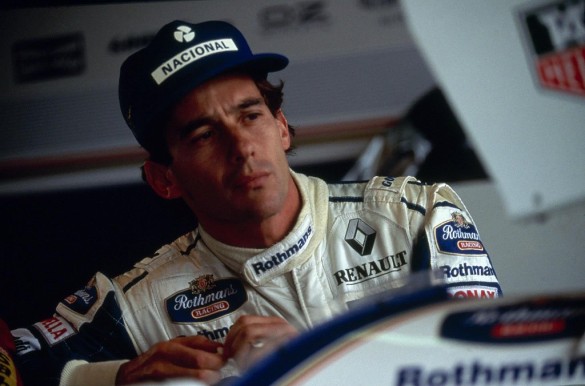 Whilst we can all enjoy the thrill of watching a film-maker push the boundaries of their imagination through movies such as Luc Besson’s Lucy, sometimes it’s the stories that are a little closer to home that deliver the most emotional moments.

And it’s in the sporting arena where we get to see individuals truly pushing themselves to the limits in a bid to transcend their origins. So from epic real-life tragedies in motor sports, to horse racing blockbusters that provide more than a little betting inspiration for the Grand National, here’s some sporting greats that every movie fan must see.

If there’s one movie that can quickly illustrate the obsessive tendencies that are required to become a sporting great, it has to be Senna.

This 2011 movie was composed of brilliantly-edited real-life footage of the Brazilian racing ace Ayrton Senna as he fought against the racing authorities and his rival Alain Prost to gain three Formula One championship titles. And despite the ultimately tragic end to the film, it provided a gripping portrayal of this illustrious racing icon.

Sporting successes often resemble something of a rags-to-riches approach and nowhere is this better observed than in 2003’s Seabiscuit. This movie gave the full Hollywood treatment to the real-life story of the racehorse Seabiscuit who overcame the odds to become one of racing’s most unlikely champions.

With races like the Grand National gaining greater exposure with the race time having been moved forward and betting sites such as Bookmakers offering enticing free bets, it’s expected that this could be the first of many epic horse racing movies to come.

However, if you’re looking a truly brutal evocation of how sporting endeavours can make and break an individual, then 1980’s Raging Bull is a particularly fine example.

The film was based on a book by ex-boxer Jake LaMotta, but it was through Martin Scorsese’s exemplary film-making abilities that he managed to portray all the highs and lows of the fascinating sport, and added yet another magnificent film to his already impressive canon.

Although this 2008 movie was largely fictional, the pain and humiliation portrayed by the film’s star Mickey Rourke certainly felt all too real. With some hilarious and moving scenes including one of the best moments of anybody walking out of their job onscreen, The Wrestler showed the real hurt that hides behind the facade of many sport’s hard men.

So whether it’s horses that could have inspired glory at the Grand National, or even boxers who surprised the bookmakers, there’s certainly plenty of opportunity for drama and heartbreak in the sporting film genre.