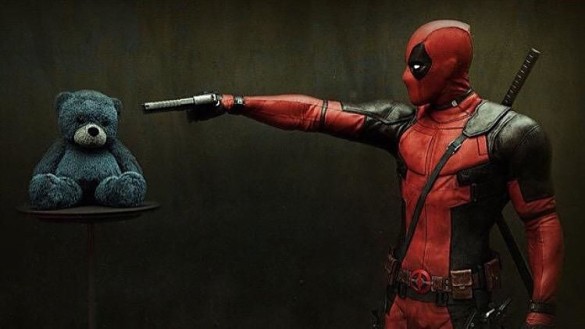 Happy Deadpool Week everyone! It seems like this movie has been in the works forever now, so it’s exciting that we are finally here. Ryan Reynolds has claimed to have worked on the project for 11 years and given the amount of passion he has shown for the film and the character, it doesn’t surprise me. A version of the Deadpool script leaked four or five years ago and then the infamous test footage leaked right after Comic-Con in 2013. This set off a firestorm on the internet and fans were dying to see that footage turned into a live-action film. Not only did the fans win that battle but Reynolds was cast as Deadpool, which would help redeem him from the inexcusable treatment of the character in X-Men Origins: Wolverine. Of course, that wasn’t Reynolds fault, but it’d be nice to see him in a film that would do the character right.

If that wasn’t enough though, Reynolds wanted to go a step further for the fans. Deadpool was finally getting made but they wanted to go all out, so Reynolds swayed the studio for an R-rated version. And boy, has the marketing and viral campaigns lived up to that promise. The project went from being dead four years ago, to resurrecting out of the carnage with plenty of energy, foul language and an ability to avoid damage. The way Reynolds has carried this project is impressive and the fact he’s kept the fans in mind the whole time is noteworthy.

I’m a big fan of Reynolds despite his lukewarm resume. I’ve always found him charming and endearing, even in his bad films. I also think he’s got more talent than people give him credit for. His performance in Buried as good as anyone else I saw in 2010. And while the film was polarizing, I found his performance in The Voices layered and really well balanced. His performances in Chaos Theory and Mississippi Grind also prove his worth as an actor.

Outside of Reynolds, I’m also a big fan of T.J. Miller, who’s really exploding onto the scene right now. And for good reason. I look forward to seeing Morena Baccarin in this as well. She’s mostly done TV work, so it’s a great excuse for me to get to know her better. Deadpool also comes from the same writers as Zombieland, Rhett Reese and Paul Wernick, which is another great reason to be excited. I loved Zombieland.

We’ll see how it turns out this weekend but it’s looking great. The marketing for this film has been impeccable. It’s perhaps the best campaign I’ve seen out of the last five years, rivaling Guardians of the Galaxy, which was also perfect. I can’t wait and we’ll be discussing Deadpool on Episode 156 this weekend. Stay tuned and be sure to send us your thoughts!