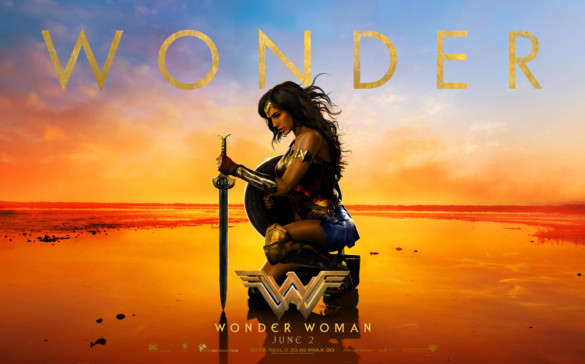 Words can barely describe how excited I am for Wonder Woman this weekend. And this feeling is somewhat ironic, because to this date I don’t have that much investment into the lore of Wonder Woman and I haven’t been a fan of the DCEU. Man of Steel, BvS and Suicide Squad were all let downs in my book. There were elements of each film that I appreciated, but on the whole they’ve all failed to capture a central throughline that I found compelling, or even coherent in some cases.

That said, one of my favorite aspects of BvS was Gal Godot’s Wonder Women. She doesn’t have a ton of screen time – as one would expect – but Gadot’s slick and magnetic presence stole the show with every interaction she had with either Bruce Wayne or Superman. Her inclusion of the fight sequence in the film’s climax was equally as thrilling. So, even though I’m not familiar with the Wonder Woman character, there was something about Gadot’s performance that struck me and intrigued me for her own individual film.

Cue a few months later, and we get the first Wonder Woman trailer. In a nutshell, I loved every second of it. The cinematography was gorgeous, Gadot’s banter and chemistry with Chris Pine was palpable and the action looked out of this world. Seemingly, it looked like Patty Jenkins (the director of Wonder Woman) had a singular vision and Warner Bros. let her loose with no restraints. In fact, I loved the marketing for Wonder Woman so much, that during our Summer Preview on Episode 220, I predicted it would be the best DC film to date and it could even be the “film of the summer” for me. There are some heavy hitters we have yet to see – War for the Planet of the Apes being the notable film – but I have no doubt that prediction could come to fruition. Even if Apes is great and lives up to my expectations, it won’t take away from what I hope to be a spectacular Wonder Woman film.

Beyond the film’s marketing, there are several other key factors here. I mentioned that Patty Jenkins was tasked to direct Wonder Woman. If you haven’t seen her Oscar-nominated film Monster, I highly recommend it. The fact that it took her 14 years for Hollywood to notice her is ridiculous. Again, just by watching the trailers, Jenkins’ aesthetics and sense of character looks impeccable. On top of that, the word on the street is that Gadot herself gives a remarkable performance as Diana. If all that is true, buckle up. That’s all I can really say.

Additionally, Wonder Woman will see the likes of Chris Pine, Robin Wright, David Thewlis, Ewen Bremmer, and Connie Nielson. Yep, sign me up. And if that wasn’t enough, Rupert Gregson-Williams is an underrated composer and his score for this film already sounds amazing (I’ve been listening to it a lot the last 24 hours).

Everything about this film looks and sounds fantastic. I have no doubt it will be good, my only question is where will it rank among the best superhero films we’ve ever seen? My guess – it could be very, very high.

Are you excited for Wonder Woman?

ICYMI: On Episode 223, we discussed Pirates of the Caribbean: Dead Men Tell No Tales and our Top 3 Palme d’Or Winners!