Featured: Anticipating ‘War for the Planet of the Apes 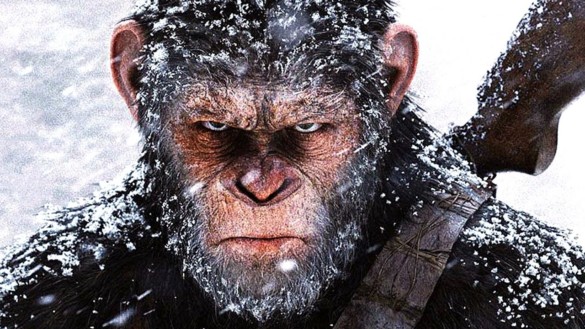 We’ve been writing these “Anticipating” posts for a couple of years now, and this is the first one where I’ve struggled to find the words to articulate my excitement and anticipation. The hype surrounding War for the Planet of the Apes is simply on another level, especially with critics, and it’s almost overwhelming. A big part of that comes down to my subjective love to the previous two movies in this trilogy, Andy Serkis’ portrayal of Caesar and the emotion of this series – all aspects I’ve adored. On top of that, the action has been stimulating and everything about these films thematically have been potent. If War is as good as critics say, this trilogy will go down – in my humble opinion – as one of the best trilogies we’ve seen in the last 20-30 years, especially in regard to mainstream Hollywood filmmaking. So with that context, perhaps you can sympathize with why it’s hard to contain my excitement.

One aspect that I’m sure we’re all eager to see in War is what Serkis brings to the screen this time around. His first two outings as Caesar were absolutely remarkable, and no doubt he will be great once again. The question is; will The Academy be willing to recognize him for his efforts? You can’t keep ignoring the greatness of Serkis and what he’s done for the mo-cap industry. If you’re not going to recognize him traditionally speaking, an honorary Oscar has to be in his future, right? I hope so anyway.

I also want to give props to Matt Reeves, who did a great job of building momentum off of Rise of the Planet of the Apes and amplifying the stakes of this series in Dawn of the Planet of the Apes, something I expect again here with War. There’s a level of measured control in his direction that I love, aiming for emotion and humanity, rather than mundane Hollywood mediocrity. Even the action sequences in Dawn feel inspired, using inventive camera techniques and editing that keep its human elements in the forefront. Let’s also not forget the stunning animation. The CGI in these films are some of the best we’ve ever seen on film. Weta deserves a lot of credit here as well.

War for the Planet of the Apes looks great for a million reasons, and I may be setting myself up for disappointment, but maybe War truly is one of the best blockbusters of the decade so far. We’ll see soon enough and I cannot wait to join the thunderous praise this film has been receiving.

Are you excited for War for the Planet of the Apes this weekend?