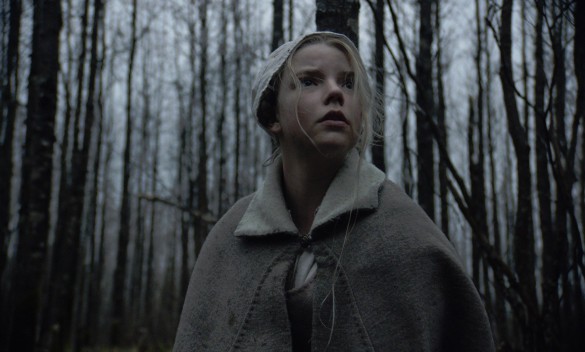 We are in the middle of a miracle, my friends. For those of you that know me, you’ll know that when it comes to horror films, I’m a huge scaredy cat. It’s a genre that I like but over the years have struggled to embrace due to my natural fright response. Needless to say, it’s usually not a genre I go to as my most anticipated. However, as we stated in our poll this week, there’s been a resurgence in the horror genre lately and much of it has to due with the success of The Conjuring, It Follows and The Babadook among a few others. Again, while I’m not a horror guru, I’m a huge fan of those films and love the way they subvert expectations and play with the genre tropes in a way that has depth and meaning. At least, if you ask me, that’s what I’d argue. Others like my lovely co-host may disagree. In general though, those films are well received and I think that’s why.

That brings us to The Witch, a film that by all reports so far seems to fit into that same camp really well. The buzz around this film is exciting and the trailer has me completely sold. In fact, The Witch was one of my most anticipated films of the fall last year, when we were hoping to get the film. The film finally got a 2016 release date, and as you may have heard, it’s now my #4 most anticipated of the entire year. I know it seems silly, but this is a miracle for me. As much as I joke about it, I’m genuinely excited for The Witch. It has Top 10 potential and I look forward to it scaring the crap out of me.

How about you? Are you excited for The Witch?