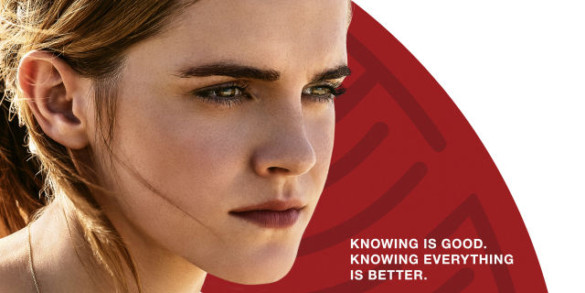 If you voted on our poll this week, you’ll know that we are big fans of director James Ponsoldt. The Spectacular Now was one of the best films of 2013 and End of the Tour was equally one of the best films of 2015. Not only is Ponsoldt batting 1.000, but he’s done it in (ahem) spectacular fashion. You could say, he’s not ending his tour any time soon. Okay, that was dumb, but you get my point. He’s a director that you need to keep on you radar, which is why we’re incredibly excited for The Circle.

Additionally to Ponsoldt, the cast is quite extensive. The Circle features the likes of Tom Hanks, Emma Watson, Patton Oswalt, Bill Paxton, John Boyega, Ellar Coltrane, Karen Gillan and Beck among others. Wow. I’m excited to see how this cast gels in this film, in particular Ellar Coltrane, who is mostly known for Richard Linklater’s Boyhood. It’s the only film I’ve seen him in and I’m curious to see him in another project. Hanks, Boyega and Watson are always a joy to see on screen, as is Patton Oswalt. I’m so happy to see Oswalt staying busy as he continues to cope with his grief (due to his wife’s unfortunate passing last year). The Circle is also the last time we’ll see the late great Bill Paxton on screen. I’m not sure about you, but the moment I see him I will probably get all the feels.

One of the more intriguing aspects to The Circle, especially as it relates to Ponsoldt’s career so far, is that The Circle circles in the sci-fi arena. To this point, Ponsoldt’s films have been relationship-based dramas that are grounded in emotion and human interaction. I’m sure The Circle will encompass that in some way, however, its aesthetics will be new territory for Mr. Ponsoldt and I’m curious to see what he does with that. It should also be interesting to see how Dave Eggers’ screenplay interweaves with those aesthetics. If you’re not familiar with Eggers, he also wrote the screenplay for Where the Wild Things Are, a film we really adore. On paper, this film looks great. We’ll see how it turns out this weekend.

Are you excited for The Circle?