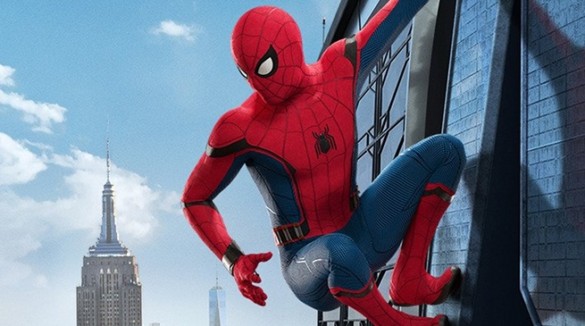 Spider-Man: Homecoming, the latest in the Marvel Cinematic Universe, is one of my most anticipated films of the entire summer, and for many reasons. The biggest reason I’m excited though, is the fact that this is a massive and unprecedented event. Never before have we seen two massive studios – in this case Disney and Sony – come together for a project of this scale. If Homecoming succeeds, who knows what kind of Pandora’s box this could open between major Hollywood studios. Perhaps this is a “one and done” situation, but think about the possibilities if this goes well and audiences eat it up. Maybe we could see the X-Men play with the Avengers after all? Maybe not. Either way, I’m rooting heavily for this film from a business standpoint, as I’m very curious as to what it could lead to down the road.

Additionally, I’m looking for to Homecoming as I’ve enjoyed the MCU overall. I know it’s become “cool” to hate on these films – or superhero films in general – but I’m not one for going against the grain just because it’s popular with mainstream audiences. I’ve never understood that mentality myself, and I think Marvel has done a bang up job, despite a few hiccups here and there. To date, Captain America: Civil War is arguably the most impressed I’ve been with Kevin Feige and his team. I argued heavily on Episode 168 as to why it’s thematically potent and how its use of “guilt” as the villain was robustly smart, but the way Civil War balances out its characters is equally as brilliant. In particular, the introduction of Peter Parker into the MCU was about as perfect as it could’ve been. Peter’s dialogue and banter with Tony Stark was captivating, all without rendering suffocating exposition. And once he joins the fold in terms of action, I could not stop smiling. Tom Holland was supreme and instantly transformed into the Spider-Man that I knew growing up reading the comics and watching the cartoons. As I said, I’ve enjoyed the MCU overall, even without my favorite comic-book hero, so imagine my excitement when Spidey entered the picture AND he was arguably the best movie depiction of the character to date.

Perhaps that is premature of me to say, but Civil War teased me with something I hadn’t seen before with Spider-Man. I love the first two Tobey Maguire films (in fact, I think Spider-Man 2 is the best standalone superhero film of all-time), but Maguire lacked something in the costume. He wasn’t the smart-ass and cocky hero that I loved, but he was the perfect Peter Parker. Andrew Garfield on the other hand, was a terrible Peter but a wonderful Spider-Man. Inside the costume, Garfield nailed the smart-ass qualities that defines Spider-Man. I know we only saw Holland for a short period in Civil War, but in terms of what we saw inside and outside the costume, he seemed to have it all.

On top of that, Tony Stark is back for Spider-Man: Homecoming as well. I would agree that his inclusion in the film’s marketing has been overkill, but the outrage against him being in the film itself is equally as unnecessary. Given how Peter was established into the MCU, through the help of Stark, it makes perfect sense that he would be here to help Peter after the events of Civil War. I don’t foresee Stark overtaking the film by any means, but he will be a true supporting character and he should be.

The cast overall looks great, but the standout for me besides Robert Downey Jr. and Tom Holland has to be Michael Keaton, right? I’m not sure how Marvel convinced Birdman to play The Vulture, but I love it. That irony is amazing.

What about you? Are you excited for Spider-Man: Homecoming?