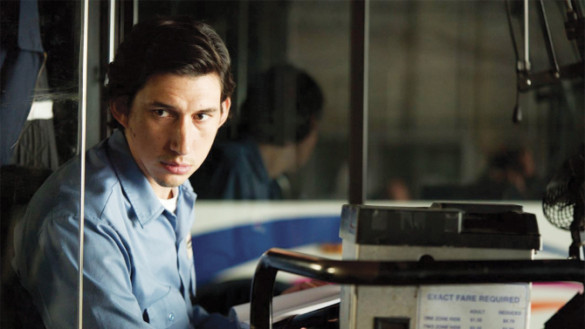 This weekend on Episode 207, we’ll finally be discussing Jim Jarmusch’s latest film, Paterson, starring Adam Driver. During our tenure, we’ve unfortunately only covered one Jarmusch film so far, and that’s Only Lovers Left Alive from 2014. I haven’t taken time to rank all the vampire films I’ve seen, but Only Lovers is pretty high for me. I loved how unique it was for that genre and everything came together for me in that film. It *just* missed my Top 20 that year, but either way, I adore every second of that film. I’m also a fan of Broken Flowers and Ghost Dog, the only other two Jarmusch films I’ve seen so far. However, I’ve also heard really good things about Stranger Than Paradise, Dead Man, Mystery Train, Down By Law and Night on Earth as well. Jarmusch is somewhat of a polarizing director, and I can understand his films aren’t for everyone, but I do think his craft is distinctive and fun to watch.

I’m also interested in Paterson for the fact that it stars Adam Driver. Speaking of polarizing, Driver is another one that some audiences have needed to warm up to, but I love his work. From his bizarre quirks in Inside Llewyn Davis to his hipster work in While We’re Young to being a Sith apprentice in Star Wars, he’s always a fascinating presence to me. Driver had a great 2016 too, if you ask me, with his roles in Midnight Special and Silence, alongside his work in Paterson (which many critics praised heavily). I’m fully confident that he is as advertised in Paterson, and I’m especially curious to see how he handles poetry in the film. On paper, the role seems tailor-made for someone like Driver, so this should be exciting.

Another reason I’m highly anticipating Paterson is for the score. Similarly to Only Lovers, the music of Paterson is coming from Jarmusch’s band, Sqürl. I *loved* the music in Only Lovers and to this day it brings a smile to my face when it pops up on my Movie Music Spotify playlist (which you can listen to here). And given the material that Paterson is tackling, in terms of poetry, there ample opportunity for the music to amplify that notion very well. At least I’m hoping that is the case.

Have you seen Paterson? What do you think of the film?

Here’s what else is opening this week at the box office: