Movie Review: The Space Between Us is a disaster 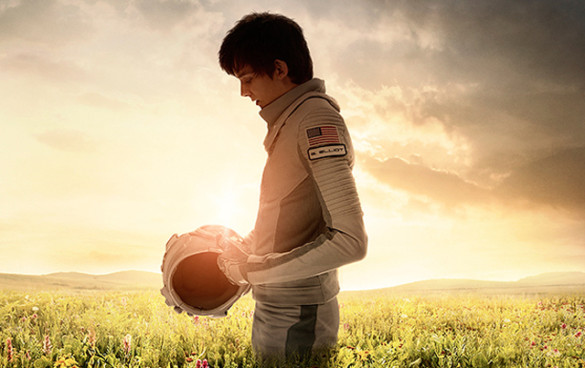 Synopsis: The first human born on Mars travels to Earth for the first time, experiencing the wonders of the planet through fresh eyes. He embarks on an adventure with a street smart girl to discover how he came to be.

I know that no movie is perfect, but when your script is so horrendous that not even a superhero could fix your gaping issues, then you have a serious problem. The Space Between Us is supposed to be a love story sprinkled with a touch of self-discovery, but it fails on every single level.

In the future, we will be able to have perfect internet connections that will allow us to have video chats with people on another planet (safe to assume Sprint will not be the provider). Adults are extremely careless as a teenager from Mars can escape from a government agency with ease, and travel to different states with a girl with very little difficulty. On top of that, the young couple of Tulsa (Britt Robertson) and Gardner (Asa Butterfield) have the quickest relationship arch in history, making it absurdly unbelievable.

Don’t worry though, it gets worse. Gardner was born on Mars, but at the unfortunate cost of his mother, who died right after childbirth. Feeling isolated and alone, he meets a girl online and forms a relationship. How the two met was never mentioned, but we can assume that it wasn’t Myspace. Gardner, excited to meet his love, decides to go to Earth to meet Tulsa and further his relationship in person. The problem, however, is that his organs cannot handle Earth’s gravity.

Director Peter Chelsom wants us to connect to these characters so much, that he fails to put together a coherent film, leading to an insane amount of eye rolling from the audience. The film shifts from present day to nine months to then 16 years in a matter of minutes. I wish we could have seen Gardner growing up because seeing his childhood on a foreign planet, and how he met Tulsa in the middle of that, would have given this film more weight.

Not that sci-fi films have to pander to real science, but when it’s so obviously ridiculous, it becomes very disengaging for me. Gardner arrives on Earth and somehow knows how to navigate to Colorado and find Tulsa. The movie just assumes that you’re okay with it, but it was odd. Additionally, once Gardner finds Tulsa, he mentions that she has not responded in 7 months. Well, this is because time would pass differently for both of them, but the film lacks lucidity in this regard. The interweaving of plot and aesthetics is jarring and off-putting throughout the film.

The cinematography is the only positive of this experience, as the movie uses different shots alternating between close-up and wide to paint the scene. Since Gardner is new to Earth, the wide angle shots really let us see how he sees the world.

The Space Between Us is a film where the story is predictable and the script feels the need to cover so much ground since time, in terms of plot and the screen, is urgent. As a result, the plot gaps widen, the characters are poorly written, and the forced romance makes this movie an easy skip.