Featured: Anticipating Life….ya know, the movie about aliens and stuff 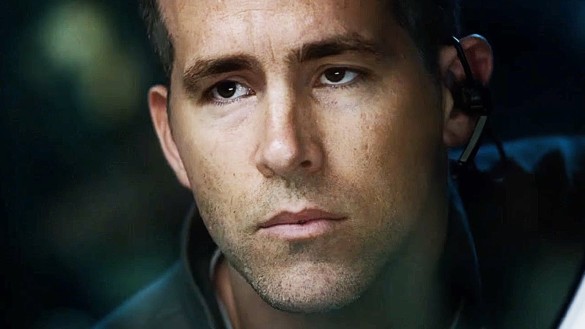 If you listened to Episode 213, you heard us preview our discussion for Power Rangers, which was meant to be our featured review on Episode 214. Well, we have decided to call an audible on that. Given the critical reviews for Life, which have been surprisingly more positive than we anticipated, we thought that film would foster better discussion. I’m still nostalgically curious to see what Power Rangers has to offer, but Life has given me new….ya know…on that film.

I was expecting Life to essentially be Alien-lite, and the trailers beat that drum rather heavily. In terms of marketing, nothing about Life seemed all that new or interesting. Group of individuals on a spacecraft of some kind. New life form enters ship. Group attempts to study it. S*** goes down. Sound familiar? Everything about the trailers come across as nothing but a blatant rip on Alien and other space-horror films. Additionally, director Daniel Espinosa’s last film, Child 44, was an utter disaster. Going into 2017, I had little to no excitement for Life, despite its wonderful cast (more on that in a bit).

Well, as it turns out, all of that familiarity is apparently….on purpose. Now, I would never spoil anything on purpose, but my next talking point could be considered a spoiler if you haven’t read any reviews or know what Life is actually about. So be warned, slight spoilers are below.
.
.
.
.
.

Okay, so as it turns out, Life is actually a satire on the space-horror genre. At least, that’s what reviews seem to be pointing towards. On the surface the film will play out as a horror-thriller in space, a la the Alien aesthetics and tone you feel from the trailer. But we could possibly expect the film to highlight and comment on certain tropes that characters make in those kinds of movies. Coming off the heels of Deadpool, no wonder Ryan Reynolds was cast for this film.

Speaking of, and I’m not sure how I missed this before, but the satirical approach to Life makes so much sense when you realize that the writers for this film are Rhett Reese and Paul Wernick, the same writers for Deadpool. Say what you want about the film, but Deadpool‘s writing was very clever and inventive for its type. Perhaps the comedy didn’t work for you – although I loved it personally – but you have to admit the writing was unique for the commentary it was tackling. If Reese and Wernick apply that same logic to space-horror films, I think we’re in for a treat.

On top of that, the cast I referenced above is quite great here. Alongside Reynolds, we’ll see the likes of Jake Gyllenhaal, Rebecca Ferguson and Hiroyuki Sanada among others. I’m a big fan of all those actors, and there’s no doubt they will fall into the rhythms of this film in great ways.

At this point, my only concern is Espinosa as the director. Outside of Child 44, the only other film I’ve seen of his was Safe House, also starring Reynolds. And I wasn’t terribly high on that film either. Perhaps space satire is up his alley, but right now there is a sense of dubiousness with him in the director’s chair. If everything else falls into place though, perhaps his effect on the film will be minimal.

What about you though – are you excited for Life? Ya know, the movie about aliens and stuff?