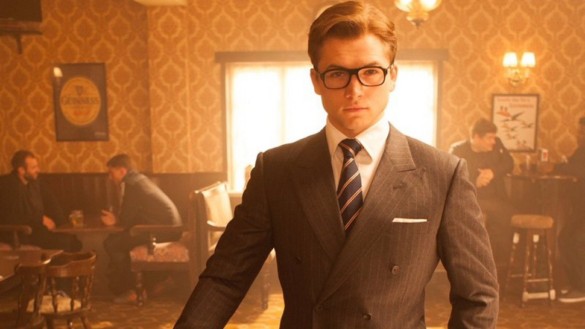 Matthew Vaughn isn’t the most well-known of directors working today, but he’s one I really quite like overall. From Layer Cake to Kick-Ass to X-Men: First Class, he’s batting 1.000 for me as a director. Perhaps his films aren’t as deeply nuanced or as resonate as someone like Jeff Nichols or Denis Villenueve, but they sure are fun.

Kick-Ass was a refreshing R-rated superhero/comic-book movie at the time of its release in 2010. Its use of violence and language for younger characters was uncommon and used to great comedic and dramatic effect in that film. X-Men: First Class is arguably the best in that franchise, or at the very least one of the best. I especially love the film’s depiction of friendship and rivalry between Magneto and Professor X, it’s excellent on every level. Layer Cake and Stardust aren’t talked about as often within Vaughn’s filmography, but they should be as they’re also very good.

Kingsman: The Secret Service has become somewhat of a polarizing film since its debut in 2014. Some people find it vile and ultra-violent while others find it fun and well, ultra-violent. It’s certainly not for everyone, but I really liked the film despite a few flaws here and there. Colin Firth and Samuel L. Jackson were great in amplifying the film’s charming qualities and action, and Taron Egerton was a very engaging lead for someone who was mostly new at the time. It was a surprise hit at the box office, but I would argue for very good reason.

So here we are now with Kingsman: The Golden Circle, and it looks even more bonkers than the first one. The action looks great and amped up to 11 with all of the new players involved here. Not only does The Golden Circle return Egerton, Firth and Mark Strong, but joining the cast this time around is Channing Tatum, Jeff Bridges and Julianne Moore. We’ll see the Kingsman come across their American counterpart in the Statesman, which I’m sure will complicate things in some amusing ways (hopefully). The Golden Circle also seems to be playing with some interesting ideas for the Julianne Moore villain. In The Secret Service, Jackson’s character was concerned with environmentalism, an interesting and human take for an antagonist. And from what I hear, it appears that Moore’s character of Poppy has something more beyond her drug business. It may end up being little to nothing, but if it’s unique enough and works for the character, that’s enough for me in a film like this.

I can’t say the same for my lovely co-host Brendan though, who is very anti-Kingsman at the moment. It should make for an interesting show this weekend if he continues that trend. What about you? Are you excited for Kingsman: The Golden Circle?

Here’s what you can expect at the box office this weekend: