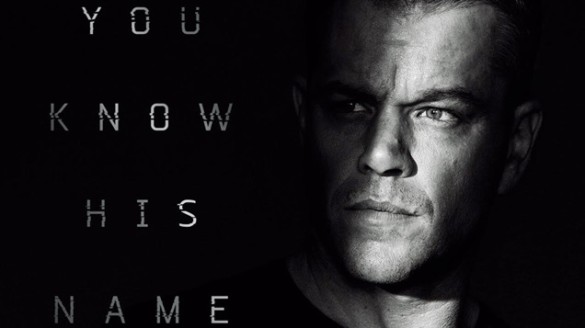 It’s been nearly a decade since we last saw Jason Bourne on the big screen, but this weekend we’ll get one more encounter with the one man everyone in U.S. intelligence is afraid of in the cleverly titled Jason Bourne. The Bourne Legacy wasn’t a terrible film but it didn’t quite pack the same punch as the previous three Bourne films. So, it’s pretty exciting that Matt Damon decided to reprise the role that made him an action-hero star. Additionally to that, director Paul Greengrass is also back for Jason Bourne. If you’re not familiar with this franchise, Greengrass also directed The Bourne Supremacy and The Bourne Ultimatum, which are exemplary movie sequels. It’s one thing to have another Bourne sequel but it changes the game entirely when you tell us that both Greengrass and Damon are back in their respective positions.

While the proposition of Damon and Greengrass coming back to the Bourne franchise is exciting, there is one major concern. And that is the absence of Tony Gilroy, who not only wrote the first three Bourne films, but was arguably the actual star of those three films. The scripts Gilroy penned were tightly constructed thrillers with affable themes and highly engaging characters. The chaos surrounding Jason Bourne was somewhat convoluted in this new age of government surveillance programs and undercover assassinations, but somehow the narrative never felt distant. Gilroy was perfectly methodical in peeling back the layers at just the right time, unraveling the mystery and ambiguity with skillful mastery, amplifying the experience for the audience. In his place for Jason Bourne is Greengrass himself, alongside collaborator Christopher Rouse. Now to be fair, Greengrass also wrote United 93 and the balance of that script is rather remarkable. Greengrass also wrote Bloody Sunday, a film I haven’t seen but has rave reviews. As for Christopher Rouse, this is his first time as a scriptwriter. Rouse is mostly known for being Greengrass’ editor on films such as Captain Phillips, The Bourne Ultimatum, The Bourne Supremacy, United 93 and others. And again to be fair, Rouse has been great at his job as an editor. However, it still raises caution since Rouse is a screenwriting newby and even though Greengrass has proven himself as a writer, will he have the same control that Gilroy depicted?

At the end of the day, perhaps none of that will matter and Jason Bourne will be an excellent film all around. But when you look at this film on paper, all of the pieces of the puzzle are there, except for that one red mark that pops out at me. As a Michigan football fan, we had considerable questions at QB last year going into the season, but it ended up working out in the long run. Perhaps it will be the same thing here for Rouse and Greengrass who are replacing Gilroy. Also, and let’s not forget, Matt-freakin-Damon is back and he looks better than ever. Coming off the heels of The Martian, Damon looks comfortable and ready to do some damage on screen. So, despite some lukewarm early reviews from critics, I’m very excited.

How about you? Are you ready for Jason Bourne this weekend?

Here are a few other titles coming out this weekend at the box office: