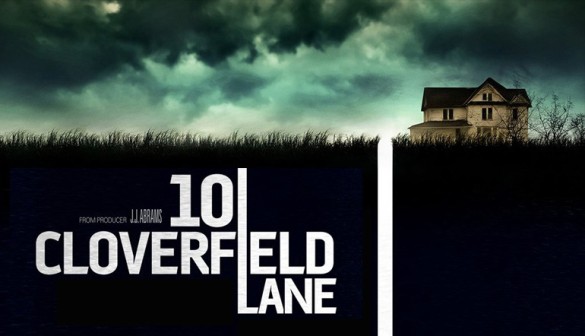 It’s almost crazy that in today’s social media age that a film could hire a director, cast it’s actors, film the whole thing and no one ever hear about it. At least for a film of this caliber. How does that happen? Maybe it’s because the whole thing is filmed in a bunker underground and it features only three characters the whole time? I’m not sure but it’s pretty wild how 10 Cloverfield Lane went completely under the radar until January when it released it’s first trailer (in theaters by the way), and the film comes out in early March. On top of that, this seems to be a pseudo sequel or a spiritual sequel to 2000’s Cloverfield, which is a film we liked enough. I always thought a sequel could be interesting. Now, this doesn’t seem to be a direct sequel but I’ll be curious if it plays into it’s predecessor at all. Maybe J.J. Abrams is just playing with us all and it has nothing to do with Cloverfield. With Abrams attached, it wouldn’t surprise me.

I haven’t read any reviews myself yet but so far, they are really, really good. We’ll be discussing it this weekend on Episode 160 and I hope to join this crew in their praise for the film. 2016 has been kind to me so far, with films like Hail, Caesar, Deadpool, The Witch, Zootopia and Lamb all making the A-grade for me. Too bad Son of Saul is a 2015 film or the year would be even better. I’d love for 10 Cloverfield Lane to live up to the hype and join the ranks of these films in 2016.

Perhaps you’ve done more research into the film than I have, but as far as my expectations go, I’m expecting an intense, dramatic and thrilling dynamic between the three main characters with perhaps a sci-fi element that most likely won’t be a direct tie-in to Cloverfield. I’m okay with that. Films like Locke and Buried, among others, have shown that great acting and intense direction can make a film riveting even if it takes place in one location the whole time. At the very least, the film should succeed on that level with the sci-fi hopefully adding a special element that will make it even more of an engaging experience.

Given my excitement for this film and also my ignorance for it’s details at the moment, I’ll be really curious to come back to this post after seeing it this weekend to compare how different the film is from my expectations. It’s just one of those film that I feel like could turn out to be way different than what I’m thinking. And that can be a great thing. Here’s to hoping for the best.