Featured: 5 Nominated Movies That Didn’t Win An Oscar (But Deserve Your Attention) 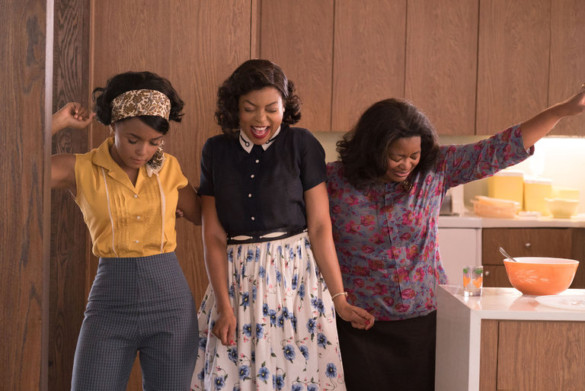 A great movie tells you one story, but really alludes to another – the little victories achieved through the efforts and toil of the protagonist that resonate through time; giving you pause for thought, and reflection.

An Oscar is the ultimate accolade – it’s what every movie professional aspires to. There are the deserving winners who go down in history, but there’s a trail of detritus left behind. The losers are left to mop their tears and piece together their dignity as they walk away with nothing but some free champagne.

There can only ever be one Best Picture, of course. But this is my list of five nominated movies of the past that didn’t win, but certainly deserve your attention.

Moonlight won Best Film in 2017. Hidden Figures was nominated for two and walked away with none.

Tragic. Because Hidden Figures is a brilliant film, with strong female leads, regaling a tale that resonates so strongly that it literally sets your teeth on edge. The characters are drawn with depth, driving the narrative with true determination, towards a goal that you root for all along the way.

Hidden Figures is very much a movie of little victories that, in the context of history, echo through the annals of time, with clear significance into the world we live today.

If you missed this film, put it on your list.

Room was nominated for the Best Movie in 2016, but Spotlight won that year.

Room tells the story of Ma and Jack, held captive in a small shed for seven years. Ma (Brie Larson) does her best to create a world out of their enforcement containment, while Jack (Jacob Tremblay) learns about his world from the four walls around him and the TV.

This is a fascinating tale of horizons, with all the tension of a psychological thriller, and the heartbreaking reality of the aftermath of the tragedy. The opening act constructs this confined world and the relative happiness that Ma and Jack have managed to construct. It’s a clever play on the audience’s emotions as we’re, as yet, in the dark as to why they’re there.

The second act opens with the arrival of Old Nick, the antagonist, and we immediately understand what’s happening, and root for their safety and escape.

This is a film that will set you on the edge of your seat all the way through, and will likely make you consider the important things in life. Tense, dramatic, heartbreaking.

Dallas Buyers Club was up against a plethora of amazing movies during the 2014 awards. They lost to the worthy winner, 12 Years A Slave.

Like many great works of cinematic perfection, Dallas Buyers Club is based on a real-life story. It’s good to know this at the beginning of the movie because this is a stranger than fiction account of tragic events, and an individual’s fight against the machine.

I wouldn’t recommend this movie if you’re feeling a little low. This needs true grit and determination to get through, but it’s a masterful performance from Matthew McConaughey, whose Ron Woodroof refuses to be left to die by a medical system that just doesn’t care.

A movie that inspires, angers, and puts fire in your belly. Absolutely not to be missed.

This great movie lost out to The Hurt Locker in 2010.

District 9 is high-tech movie set in a low-rent shanty town. An analogy of apartheid, we enter a world that has segregated a visiting alien race (nicknamed “The Prawns”), forced to live off the scraps of the land. The Prawns live in abject poverty, having sunk to the lows expected of any worldly ghetto. `Drug abuse, gang violence, and casual murder are part of the everyday makeup of this city, created from old delivery palettes, populated by hand-to-mouth citizens.

The special effects are fantastic, and the story is intelligent, insightful, and knowingly political. We enter a world that we don’t normally see, which is all you can ask from a great movie. Prepare yourself for heartbreak.

The Departed won in 2007 and pipped Little Miss Sunshine to the post for Best Picture.

If you’ve never seen Little Miss Sunshine, I envy the revelation of your first time. This is a movie that bears repetitious viewing, with one of the most euphorically satisfying endings of any film I’ve ever seen.

We enter the world of a family in crisis: a failing father; an over-stretched mother; a brother who’s attempted suicide; a father who can’t keep his mouth shut; a son determined to stay silent to prove his passion for pilot school; and a carefree, slightly over-weight daughter with aspirations to perform in a beauty pageant.

This perfect storm of off-beat characters just can’t avoid conflict, but we understand that love is driving their every move.  Performed by a stellar cast that bring warmth, empathy, and pathos to this family of misfits, this is one movie you’re going to have to strap yourself in for; you’re going to enjoy a genuinely bumpy ride.

Everything is wrong in this world, and we’re taken on a road trip where the journey covers way more than mere miles. Hilarious, touching, euphoric. Watch it immediately!

So, there you have it – five movies that received nominations for Best Picture but never quite achieved what they were clearly so capable of. All of these films bear repeated viewing and are all available on streaming services.

Shut out the dodgy weather, pop some corn, and get viewing (or re-viewing). These movies are guaranteed to wipe away the January blues.

Katie Porter is an aspiring writer, movie lover, and part of the team at Seatup. In her free time, she enjoys exploring her home state Colorado and plays in women's amateur rugby league.