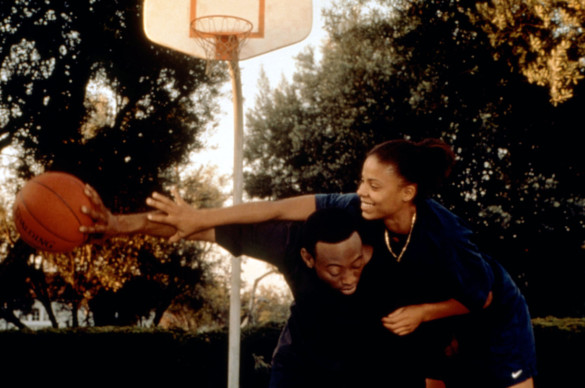 This is a spicy set we have for this month. Some are full of boundary pushers who make scenes stand out to shock us, others are moving snippets of life in general. Dark time periods, love, desire, and the lust for power and revenge fill up Criterion’s releases for September. Here’s a rundown of what’s coming out.

Luchino Visconti goes into the beginning of Nazi Germany with a shocking, depraved, and sadistic tale of family dynamics with the wealthy von Essenbeck family. Inheriting the wealth from their anti-Hitler patriarch who is murdered, three members take their lust for power to a hedonistic level. Helmut Berger plays the mentally unsound son who is inclined to sexual perversion over normalcy while Dirk Bogarde plays a family employee who uses his standing within the family to climb the social ladder he’s wanted to do. Ingrid Thulin plays the widow who is deeply possessive of the family heirloom she is entitled to and doesn’t want to lose. The massive orgy represents to the Communist-supporting Visconti how Germany corrupted itself to the core and is a mindfuck to see.

In a great selection of a film getting renewed for the Criterion treatment, Neil Jordan’s crime drama follows an ex-con fresh from jail who goes back to the life he knows by being asked to play chauffeur for a beautiful call girl (Cathy Tyson), only to start falling in love with her. Bob Hoskins as the softy George, a man not rock solid as what a gangster should be, is so brilliant and allows himself to be weak at the knees that frankly he should’ve beaten Paul Newman for the Best Actor Oscar. (Hoskins won the Golden Globe instead.) Finding love in such a dark place is dangerous and manipulative, yet unexpectedly possible for a man like George.

What an incredible choice by Criterion. It is a film, I personally, had forgotten about, and now it is being given a new and deserving life. Gina Prince-Bythewood wrote and directed this love story starring Omar Epps and Sanaa Lathan is about kindling a relationship amongst their affection for the sport both of them excel at which keeps them bound with daily pressures of school, early adulthood, and their own careers as the years pass by. Mr. Knicks fan Spike Lee produced it and has a really good soundtrack to go with it.

Director Johnnie To takes us to the Hong Kong underworld where we follow three different characters who seek to come out of it alive and with their personal dignity intact. It is an acknowledgment of Akira Kurosawa’s influence, namely his film Sanshiro Sugata, mixing in his noted noirs with traditional Cantonese martial arts culture in the hidden bars and nightclubs that carry the vibes of the scene. It is a setting we are familiar with, yet the atmosphere has a different feel than what we are accustomed to.

One of the godfathers of independent Black cinema, Melvin Van Peebles put a foot up The Man’s ass with his movies about the Black consciousness, racism, and what Van Peebles brought to the table but was unappreciated by the White leaders in Hollywood. Here are four movies that showcased this astounding talent in which he was a writer, producer, music composer, and director. His debut, The Story Of A Three Day Pass, was produced in France and followed a Black sailor on leave who has a dalliance with a gorgeous White woman. It is an American director using the French New Wave to create something innocent, yet scandalous in regards to interracial dating. Then, Van Peebles got his only foray into Hollywood with Watermelon Man, a story based on Frank Kafka’s The Metamorphosis. A bigoted White salesman wakes one morning and discovers he has turned Black, thus ensuing a sting of Van Peebles’ message of race in America as a satire.

His third film was a nuclear bomb. Frustrated with Columbia’s interference, Van Peebles decided to leave a contract he had with the studio to make his own work on his own terms. Van Peebles made Sweet Sweetback’s Baadasssss Song about a man who has had enough with being used around and goes on a crime spree as he heads for his definition of freedom. It made such an impression that it was a must-watch for all members of the Black Panther Party. Finally, there is his musical romp Don’t Play Us Cheap about some of Satan’s little devils infiltrating a party in Harlem, only to get caught up with the music filled with life. As a bonus, there is his son, Mario’s, own adaptation about the struggles making Sweet Sweetback (he’s in the movie, playing a young towel attendant in a brothel at twelve years old) titled Baadasssss!