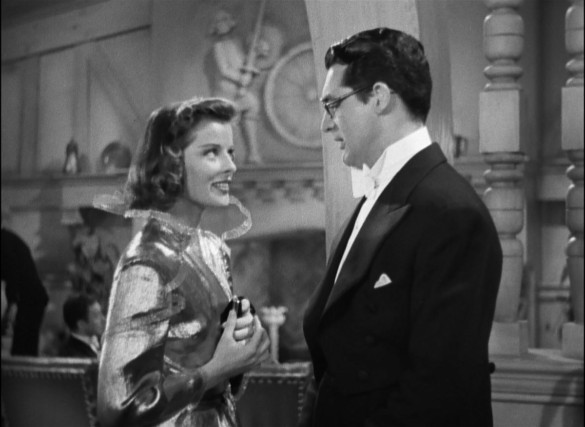 We begin the second half of the year with some more diverse selections going into the Criterion list. All are first-time entries with three of the five being American films. However, the list leans more into the artistic, untapped side, where a mainstream Hollywood film has a vintage touch and an independent feminist piece share the same platform. One of the greatest films ever made is finally graduating to Criterion status alongside a masterpiece in 1930s comedy. In the middle, a sizzling French psychodrama with a shocking behind-the-scenes story that ran parallel with the movie itself.

One of the all-time great screwball comedies in the era, Cary Grant and Katherine Hepburn are an unusual pair of lovers who find themselves dealing with Baby, a leopard who is on the loose. It is among Howard Hawks’ more popular films mixed with his hitting dramas and westerns, but at the time of its release, the movie was a flop, and Hepburn, after a series of misfires, was labeled as box office poison. However, time has been kind to the movie and critics have revered it, making it among Grant and Hepburn’s most popular in their careers and it was one of four collaborations featuring the two, including the future smash that Criterion has already christened, The Philadelphia Story.

Alain Delon and Romy Schnieder, who were dating at the time, are a couple on vacation along the French Riviera when their relationship is challenged by the arrival of a friend and his teenage daughter. Sexual jealousy consumes the house with the titular swimming pool being the pit of all of their desires. The film was a major success in part due to the events happening around Delon at the time. While filming, Delon’s bodyguard was found murdered and had in his possession explicit photos of the President’s (Georges Pompidou) wife in an alleged plot to sabotage her husband’s political ambitions. Delon was implicated along with his friend, a known French gangster, in the murder but neither were charged and the murder remains unsolved. A Bigger Splash (2015) by Luca Guadagnino is a loose remake of La Piscine starring Tilda Swinton and Ralph Fiennes.

Andrei Tarkovsky’s sensational mid-career picture is a tapestry of different stories connected in one. Non-linear and unconventionally structured, Tarkovsky tells events closely based on his own life using words written by his father, famous Russian poet Arseny Tarkovsky, as narration. Long takes and gorgeous cinematography, two hallmarks of a Tarkovsky film, and forever present in his collage of moments throughout the film. When it was released, it was very divisive among global critics and some said Mirror was incoherent and indecipherable. But today, it’s among the greatest movies ever made and made the Top 10 in the Directors’ list of Sight And Sound’s 2012 poll.

Writer-director Lizzie Borden created a simple, humanistic story of women in a New York brothel making it day-to-day without judgment of their profession. For one of these women (Louise Smith), it is a way to survive while not demoralizing herself as she tries to keep personal and professional relationships separate. Borden’s feminist underground film, a story of an “economic choice,” is not a documentary as some would call it, but a narrative on women being independent and proud of their livelihood. Borden’s film would be shown at Cannes and won the Special Jury Prize at Sundance.

Bill Duke’s cool noir follows a police officer (Laurence Fishburne) going undercover to work with a drug trafficker (Jeff Goldblum) and take out a drug ring that seems to be impenetrable. The deeper he digs, the more power he has, and becomes unwilling to give up what he controls and violates his own rules. Co-written by Oscar-nominee Michael Tolkin (The Player), Deep Cover is a hidden piece of noir revived in the 1990s the blends in with the rap soundtrack from Dr. Dre and Snoop Dog, who made their debuts as major solo artists that same year.