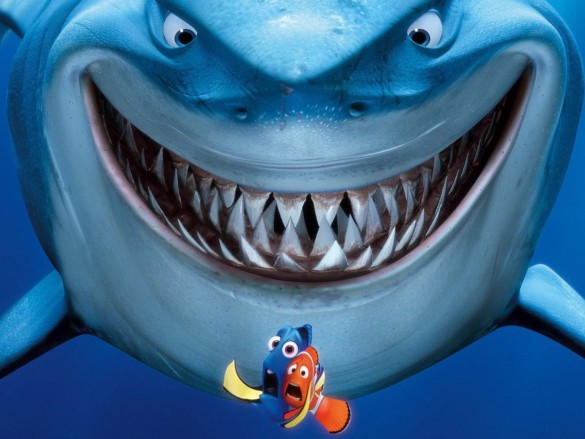 It’s that time of the year again; when school is out, and ice cream becomes the only way to escape the heat. And with summer, comes the return of summer blockbusters. With Fast 9, Black Widow, and The Suicide Squad, we can expect to be blown away by jaw-dropping battles of Good vs. Evil. I am more prepared than ever to listen to Dom talk about Family and to see how Natasha Romanoff interacts with her sister. These stories all have a common thread in being about family.

And yet, I can’t help but wish that these films weren’t going to be as focused on a typical blockbuster story with good guys, and a villain that needs to be stopped. Despite these films being about family and caring for others, they still have characters of pure evil that must be defeated by the end, and that can not be integrated into the family. And in my eyes, that is antithetical to what family is.

So this week, I wanted to look back at the family movies that have moved beyond simple stories of good guys and bad guys. More specifically, I wanted to look at some of Pixar’s animated films, as these stories all are approachable by all ages.

Finding Nemo was released in 2003, and follows the story of Marlin, an overprotective clownfish father, as he searches for his son, Nemo, who was taken from him by divers. This 18-year-old movie was the one of the biggest films of the year, second only to the epic conclusion to The Lord of the Rings.  And though this film was a blockbuster, it contains no villains. While there are dangerous characters in the film, from the friendly Great White shark, Bruce, to the horrifying Darla, yet none of these characters can be classified as pure evil. They all have passions and desires, and while they may get in the way of our central characters, they don’t knowingly put them in harm’s way. To the diver, Bob, he saved a lost clownfish struggling to swim. Gill’s obsession with escaping the tank leads him to risk Nemo’s life unintentionally. And for the many teeth of Bruce, he doesn’t want to eat fish anymore, forming a fish-aholics anonymous with two other sharks that goes by the motto: Fish are friends, not food.

This writing decision, to have there be no purely evil characters, only individuals acting out of self-interest or arrogance, is beautiful. From a storytelling perspective, it allows the film to focus on the characters of Nemo and Marlin, and how they change due to the influences of others. And yet, on a deeper level, it teaches the audience that no one is inherently evil, though they certainly have the capacity to harm others. In fact, each fish, bird, shark, or turtle are drawn to help Marlin find Nemo at every turn, despite their initial response to his dismissive attitude towards most other fish. And through the help of other characters, we see Marlin change by the end of the film, letting go of the absolute control he craved previously.

In removing villains, Finding Nemo became a reflective film about maturing and growing, despite the challenges that come along the way. And for that reason, Finding Nemo remains one of the most realistic Pixar movies to me, for its depiction of human behaviours.

But Finding Nemo isn’t the only Pixar film to be without a villain character. 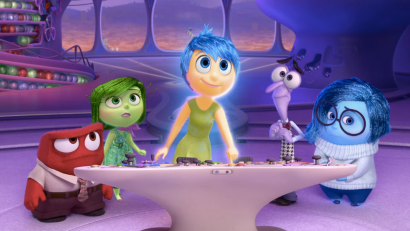 Inside Out may be one of Pixar’s most well-known, and well-received movies in recent years. Throughout the film, we follow the characters, or more accurately, the emotions, of Joy, Sadness, Anger, Disgust, and Fear that operate within Riley; an eleven-year-old who has to adapt to life in a new city.

Like Finding Nemo,  Inside Out is a film that operates without a central villain character. Actually, it’s a film that highlights the dangers of making someone else a villain, which is beautifully shown through the relationship between Joy and Sadness. At the start of the film, Joy believes that happiness is the goal of life, and should be the ruling emotion within Riley.  Whereas anger, disgust and fear still were given input towards Riley’s feelings, Sadness was put in places where she had the least input, because Sadness and Joy are polarized emotions.

However, throughout the film, when Joy is forced to rely on Sadness, Joy begins to see the benefits of sadness, and in the climax of the film, we see Sadness be the emotion that saves Riley from running away.

And that idea, that there are no solely evil beings, only those with differing beliefs, preferences, and thoughts; is core to this style of storytelling. When villains are removed from a story, an antagonistic character becomes a crucible, testing the limits, and limiting beliefs, of the protagonist, and growing the protagonist by the end of the film. 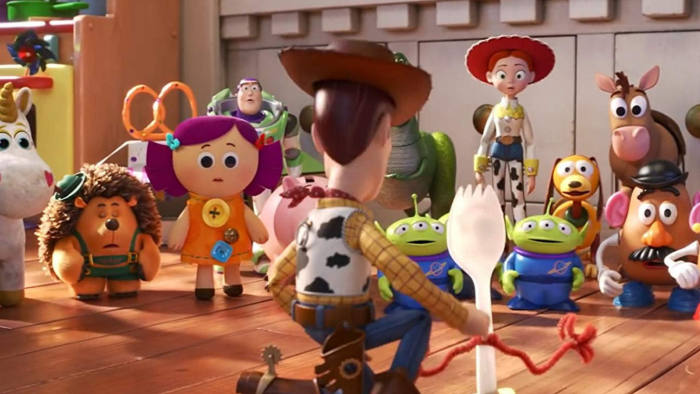 And I can think of no better example of this than Toy Story  4.

Toy Story 4 is a masterclass in character reflection and growth. At the point we start the film with Woody and the gang, Woody is still hung up on Andy, desiring to be more than a dust collector in the closet, stepping on the toes of Dolly as he tries to be the favourite toy again. While Woody is often refuted for his actions, he tries his hardest to be the best toy for Bonnie, even if that means putting Forky in the position of the favourite toy while Woody is treated like he doesn’t exist. And while Woody denies the toll that protecting Forky has on him, we see the cracks show when he talks with Forky on the road.

The magic of Toy Story 4 is found in that moment, as we see Forky break through the walls Woody has kept up the entire film. This happens again, at various points, when Woody is forced to reflect on his actions, which he claims to have done for Bonnie, though he ultimately did for himself. These moments are brought on by Bo Peep, Gabby Gabby, and Forky. These characters are structurally antagonists, who force Woody to react to their actions and change his beliefs. However, these characters are not villains.

It’s something that director Josh Cooley knows and plays with throughout the film. The introduction to Gabby Gabby shows this beautifully, as she is surrounded by various ventriloquist dummies, lovingly named Benson. Like her, they lack an audible voice during play with humans, but more importantly, these dummies have become closely associated with the horror genre, primarily due to their unsettling nature and the prominence of Chucky in the Child’s Play franchise. This decision, to surround Gabby Gabby with dummies, creates a tension that nudges the audience to assume she is an evil character. But as we see, Gabby Gabby only desires to be wanted by a toy, a striking reflection of who Woody has become. And through empathy, we see Woody giving up pieces of himself to enable her with the opportunity to be loved as he was loved.

I think that’s why I love this micro-genre of animated films. By removing villains, only leaving opposing viewpoints, the characters are challenged to grow and have empathy for those who are different. And that message; to be willing to listen, understand, and change for their benefit is of utmost importance. While villains allow us to emphasize the importance of certain morals, films without villains create situations in which self-reflection is vital to becoming a better, more fulfilled person.