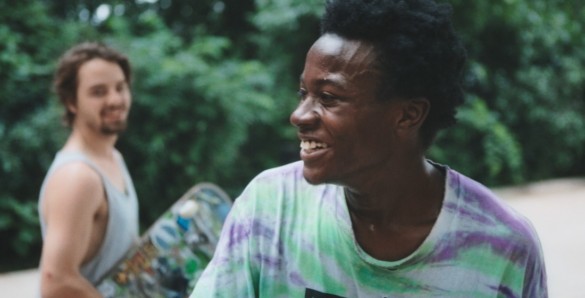 New year, new collection. As we start the new year, the state of current cinema hangs in the balance of the post-COVID world, while historic cinema stays the same. Accessible and physically owned (yeah, you will never fully own downloads online), the next batch of works brings back the final trilogy of an iconoclast director, Scorsese’s latest rock n’ roll documentary, an amazing piece of Soviet war cinema, and a modern documentary that is more about manhood than it is about skateboarding.

Spanish-born Buñuel had shocked the world in 1929 with Un Chien Andalou, collaborating with painter Salvador Dali in splitting a woman’s eye open. He fled Spain due to his communist beliefs in contrast to Franco’s anti-liberal views and would make movies in Mexico, the United States, back to Spain, and finally in France. Known for his surrealist satire attacking the upper classes for their sexual morals, attraction to social status, and detachment from reality, the last three films Buñuel would make cemented his legacy as an iconoclast with his distinguishable taste in mocking the affluence for their ridiculous habits. The Discreet Charm of the Bourgeoisie (1972) won the Oscar for Best International Film, The Phantom of Liberty (1974), and That Obscure Object of Desire (1977), which garnered another Oscar nomination.

During the Nazi invasion of the Soviet Union, two soldiers go out to hunt for supplies in the treacherous snows of Belarus. Caught by the Germans, both are faced with the ultimate dilemma: cooperate and live, or protect the comrades and die. The film is a religious allegory, and to get around the censorship, it was heavily promoted as a national story of hardship in the face of the enemy’s cruel occupation. Director Larisa Shepitko was among the very few international female directors around and made her masterpiece before her life was cut short in a car accident two years after this was released. But The Ascent, which won the Golden Bear at the Berlin Film Festival, etched her name in cinema glory for this achievement.

In his first documentary, Bing Liu captured growing up with two of his friends in Rockford, Illinois as they enter adulthood and must put away their love for skateboarding on the side. It’s a story of blue-collar lives who have to confront the new realities of subjects from fatherhood to racism to education. They open up about their dysfunctional lives up to this point and how skateboarding kept their mind away from the tougher side of life; as one of them says, “I could be having a kind of mental breakdown, but as long as I’m able to go skate it’s completely fine.” Netflix has already seen a few of their works released by Criterion and now it’s Hulu’s time to get the treatment.

This is the second film from Scorsese on the legendary musician (No Direction Home) but this focuses on the titled tour Dylan and a group of his musician friends – Joan Baez, Joni Mitchell, and Ramblin’ Jack Elliott among them – went on from October 1975 to May 1976. But this is not the same documentary as looking back on the origins of Woodstock or Live Aid. Instead, using archive footage and mixing it in with fictional figures and digital trickery, the line between truth and fiction merges. Viewers soon have to guess who was in it and who wasn’t, from a director named Stefan Van Dorp who documents behind-the-scenes evenings to Sharon Stone who was in her late teens and got hired to assist out with the costumes. It isn’t a Martin Scorsese picture, as viewers would see on the credits, but a story being told by Dylan himself in his confusional state – he jokes that it is so long ago that he wasn’t born when the tour happened – that meshes with the freewheeling form of the actual shows.