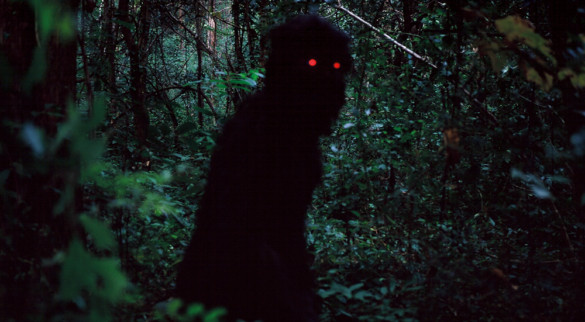 We have reached the end of another month here on Criterion Crunch Time.  You know what that means, right? You just have about a week to watch as many of these movies as you can before they leave the Criterion Channel forever! Well, maybe not forever, but for quite a while at least. If people have any kind of negative opinion of Criterion films, it is that they are mainly art films, not for the masses.  And that is exactly what we have here to end October. Specifically, the film being discussed here is from director Apichatpong Weerasethakul, Uncle Boonmee Who Can Recall His Past Lives (from this point on, referred to as simply Uncle Boonmee, because I refuse to type that all out more than a few times.

In researching just a bit, and this is a film that kinds of demands it, you may find that this is part of a large set of work from the director. But this is not a trilogy in the stereotypical film way. In addition to Uncle Boonmee, it involves two short films and a seven-part art installation. But, thankfully, it is not necessary to experience those other pieces in order to watch this movie. I will not mince words here. If you demand action and plot in your films (and no shame if you do!), this one is absolutely not for you. Uncle Boonmee moves at a snail’s pace but is wildly rewarding for viewers that stick with the process. The inciting incident of the film actually mirrors this pacing perfectly. More on that in a moment.

First, some basics of the film (in case you didn’t watch it). Uncle Boonmee in some ways is a ghost story. And like the greatest ghost stories, a lesson is learned by the object of the ghosts. Boonmee (Thanapat Saisaymar) is suffering from kidney issues and is being given dialysis treatments. He lives with his sister-in-law and nephew as he struggles through his days. We find out through supernatural means that Boonmee was once married and had a son. This is one of many things to love about the film, there are no moments of unnecessary exposition about who he is or his familial connections. We learn these things in the process of the story, and never in a forced fashion.

But back to that inciting incident. Boonmee and his sister-in-law, Jen (Jenjira Ponpas) are eating dinner.  His nephew, Tong (Sakda Kaewbuadee) is also present, but mostly silent. As they have a benign discussion about the meal, something begins to happen, seemingly in the corner of your vision. As you watch, you may think your eyes are playing tricks on you. At first, a female form begins to be shown, so slight that it feels more like a reflection in a window than anything real. But slowly, achingly slowly, there is a realization that this is an important moment and it manages to draw your eyes and ears from Boonmee and Jen. And almost magically, just as you realize she is really there, so does everyone at the table.

We find out rather quickly that this woman is Boonmee’s dead wife, Huay (Natthakarn Aphaiwong). This long, protracted appearance fills the audience with wonder, instead of fear. This allows us to simply accept what is happening and listen to the family connect once again after all this distance. But if you want some creepy imagery, you don’t have to wait long. Boonmee’s son, Boonsong (Jeerasak Kulhong) appears first simply as a set of glowing red eyes, and then, even more disturbingly, as a beast covered from head to foot in hair. In another example of the lack of exposition, we quickly discover that, at some point, Boonsong wandered off to chase a “monkey ghost” and was never heard from again. If this all sounds very strange to you, well I think that is purposeful. Weerasethakul seems to have a fascination with the bizarre.

This bizarreness is shown repeatedly in the consistent theme of transformation throughout Uncle Boonmee. The monkey ghost, combined with Huay’s distance and lack of emotionality creates a mood of discomfort and the ability for characters to tell hard truths without cruelty. Additionally, there is a fantasy segment of the film flat in the middle of this family drama. I won’t spoil the surprise, but it involves a princess, another transformation, and a mildly disturbing moment with a fish, or a spirit, depending on your perspective. But these transformations have a point. Boonmee’s own transformation is dual in nature. On one hand, he, through his slow death in the film is transforming his own memories and changing from the man he was to someone kinder, and a man filled with regret. On the other, near the moment of his death, he both remembers long past and oddly, far into the future. So, he knows his past lives, as the title portends, and maybe something more. But like everything else in the film, Weerasethakul does not lead you by the hand. This is a film that has as many readings as viewers.

Uncle Boonmee Who Can Recall His Past Lives is many things. It is a meditation on both death and life. It is a ghost story. It is an indictment of the military and the inherent violence of serving the state. And it is so much more than that. This is a film that I am truly sad is leaving Criterion Channel, because it would absolutely be rewarding to rewatch, but it is not a movie that one would want to see immediately after finishing it the first time. Frankly, I wish I had more time to let this one sit before attempting to write on it. I will end with this. If you have the patience to let Uncle Boonmee unfold and surround you, you will experience something great and truly illuminating and gratifying.

Join us next month with a brand new crop of films leaving the Criterion Channel!